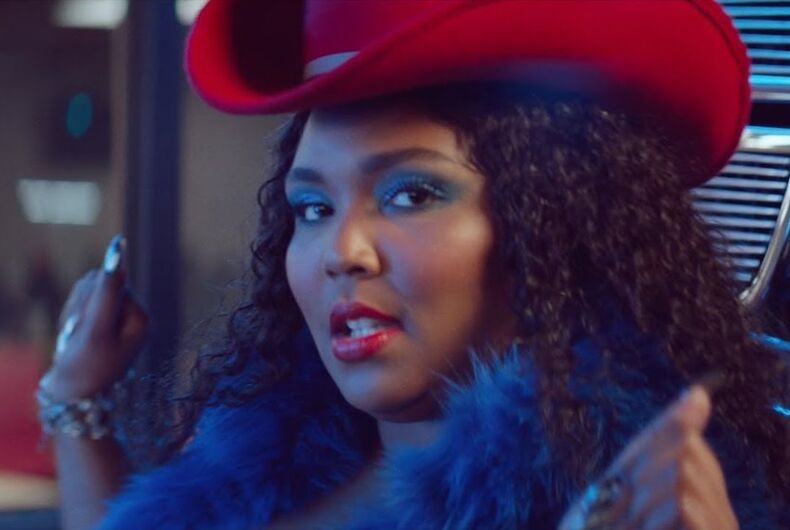 LGBTQ ally and music diva Lizzo has announced her intention to leave Twitter, writing, “Yeah I can’t do this Twitter shit no more.. too many trolls…  I’ll be back when I feel like it.”

Anyone who has been on Twitter for longer than a minute understands what she means; the often-glib and catty social media platform is infamous for tolerating harassment and hate speech amongst its users. But a quick review of Lizzo’s recent run-ins on the social media platform reveals a few reasons why she might’ve quit.

1. A fat-shaming doctor said she was only popular because of America’s “obesity epidemic”

Near the end of December 2019, Dr. Boyce Watkins wrote, “#Lizzo popular is because there is an obesity epidemic in America. Rather than encouraging people to do better, we are simply lying to them and telling them that they are just fine the way they are.”

While many fans slammed Watkins for his tweet (and for a subsequent one comparing Lizzo to a minstrel performer), Lizzo responded, “I’m popular because I write good songs and I’m talented and perform high energy hour and a half shows filled with love. The only person who needs to do better is you. Keep my name out ya mouth & look in the mirror before you come for me.”

2. Tomi Lahren tried to slam Lizzo for her impeachment tweet

When Donald Trump was formally impeached by the U.S. House in December 2019, Lizzo re-tweeted a message that said “impeachment” using the peach emoji, along with the comment, “This aged well.”

Lizzo responded, “The only thing that hurts is this country is divided by hatred fueled from people like you. Why don’t u do better and give ya boy some advice on telling the truth, he’s gonna need it.”

Lahren responded by calling the impeachment a “witch hunt … fueled by hatred from the Left.” Later, Lizzo tweeted, “Anyways, I’m having a great day!”

Lizzo responded, “Yes I sing. Yes I rap. We exist.”

4. Lizzo gets schooled for publicly blasting a food delivery person

In September 2019, Lizzo accused her Postmates delivery person of stealing her food in a now-deleted tweet which read, “Hey @Postmates this girl Tiffany W. stole my food. She lucky I don’t fight no more.” Her tweet included a photo of the delivery person.

People reacted angrily, calling her “petty” for “publicly shaming someone in the service industry.” In response, Lizzo wrote, “I apologize for putting that girl on blast. I understand I have a large following and that there were so many variables that could’ve put her in danger. Imma really be more responsible with my use of social media and check my petty and my pride at the door.”

The server, Tiffany Wells, is now suing Lizzo for emotional distress, libel, and invasion of privacy, stating that Lizzo’s tweet made her publicly recognizable, afraid for her life and caused her to quit food delivery.

LGBTQ Methodists were stuck loving a church that didn’t love them back. Sound familiar?