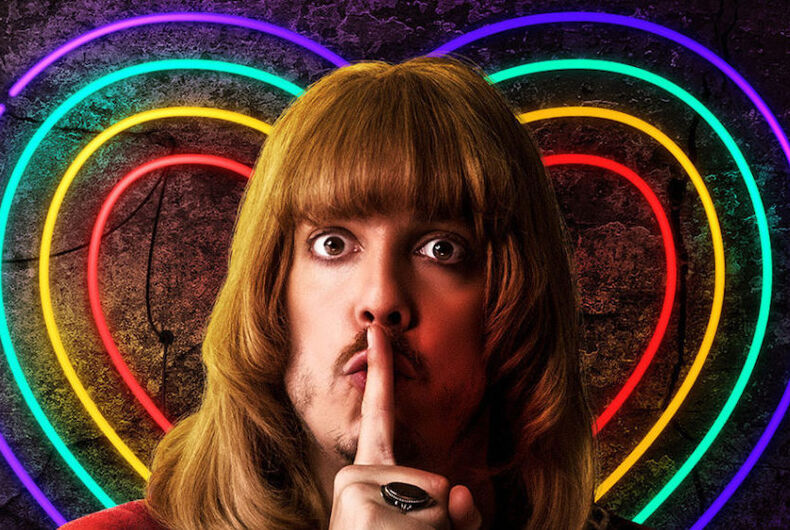 Criminal and political drama has increasingly surrounded The First Temptation of Christ (A Primeira Tentação de Cristo), a comedic Netflix Christmas film in Brazil featuring a light-hearted depiction of a gay Jesus.

On Christmas Eve, several men firebombed the headquarters of the comedy group that created the film. The only man identified in the attack has since fled to Russia after being publicly identified by the Brazilian police. Yesterday, Brazil’s Supreme Court overturned a lower court ruling that would’ve forced Netflix to remove the film to avoid upsetting conservatives in the predominantly Christian country.

On Dec. 24, a group of men threw firebombs into the offices of Porta dos Fundos (Backdoor), the satirical comedy group behind the film. While no one was hurt in the attack, video camera footage helped police identify Eduardo Fauzi, the only firebomber not wearing a mask.

Fauzi has since fled to Moscow where he has admitted his role in the attack and declared an intention to seek political asylum.

Disney Rosseti, the acting director-general of Brazil’s Federal Police, asked worldwide police forces with Interpol (the International Criminal Police Organization) to help arrest and extradite Fauzi back to Brazil, but thus far, Interpol hasn’t put Fauzi on its list of internationally sought criminals nor has it issued a comment on why.

On Wednesday, Rio de Janeiro-based Judge Benedicto Abicair issued a temporary ruling telling Netflix to remove the film from Brazilian distribution. He sought to appease upsets Christians until the country’s highest court decided how to handle civil unrest over the film.

Previous to Abicair’s ruling, over 1 million conservatives signed a petition telling Netflix, Porta dos Fundos, and both houses of the Brazilian legislature to pull the film. Netflix appealed Abicair’s ruling, and it was overturned by Brazil’s Supreme Court the very next day.

The high court said that “freedom of speech [is] fundamental in a democracy,” and added, “One cannot suppose that a humorous satire has the ability to weaken the values of the Christian faith, whose existence is traced back more than two thousand years, and which is the belief of the majority of Brazilian citizens.”