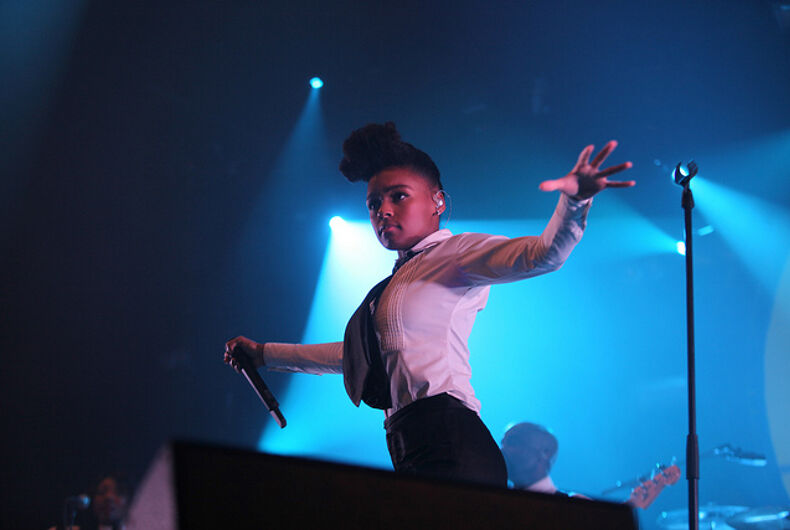 Yesterday, the hashtag #IAmNonBinary began trending on Twitter. It gave the opportunity to non-binary people all over the internet shared how diverse, unique, and proud they are.

In addition to the thousands of people that shared their individual stories, organizations such as GLAAD and the Human Rights Campaign took the opportunity to educate people on the realities of being non-binary.

Here are some ways to go beyond the binary and ensure the language you use is inclusive of non-binary people. #IAmNonbinary 💛🤍💜🖤 pic.twitter.com/jigQ1zZF3M

To our non-binary community members we say:
💛 You are valid
💜 You are resilient
🖤 We will keep fighting for you#IAmNonbinary

Among the many people that posted in #IAmNonBinary was pansexual singer Janelle Monáe. She quote tweeted a GIF image of Stevonnie, a character from the cartoon show Steven Universe. Monáe simply wrote “#IAmNonbinary” above the previous tweet’s caption, “There is absolutely nothing better than living outside the gender binary.”

While this may be Monáe coming out on her terms, the tweet may just be a show of support for her non-binary fans.  Monáe hasn’t clarified any further or made any other tweets on the topic since.

Here are some other posts on social media that we think you should see:

#IAmNonbinary is trending? Love to see it!

Broad Spectrum Dept. Happy #IAmNonBinary Day to all our readers! You are seen! · From MAD no. 240, July 1983 Artist: Jack Rickard

For me, learning about non binary identities is what finally gave me peace amidst all the confusion and stress about who I am and where I belong in the human spectrum. I am here, I am happy, and I am valid. #IAmNonbinary pic.twitter.com/5YqNZOtsji

Oh heck, it isn't too late, is it?#IAmNonbinary and an author! ✨

This Is Kind of an Epic Love Story was also a Lammy's finalist.

To support a queer and trans author of color, check out… pic.twitter.com/gDix345qq0

I observe the supercollision of alternate realities for a living (meaning I write poetry, science fiction & fantasy, and RPGs).

I’m still figuring this body out, but this fits me fine.

Have a lovely day, folx!✨ pic.twitter.com/6ocGsBss07