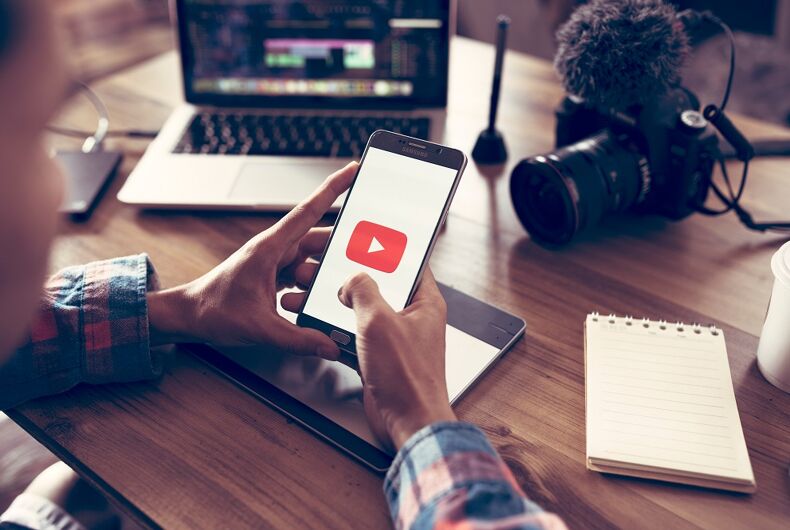 But some people doubt the new policies will curb hate and harassment on the popular video-sharing platform.

In addition to banning racist and anti-LGBTQ attacks, YouTube’s new policies will ban implied threats (such as a person holding a knife while addressing someone or putting a person’s face on a victim of violence), harassment campaigns that repeatedly target individuals over several videos, and will also provide creators better tools for moderating hateful comments on their videos.

In response, Maza said via Twitter, “YouTube loves to manage PR crises by rolling out vague content policies they don’t actually enforce. These policies only work if YouTube is willing to take down its most popular rule-breakers. And there’s no reason, so far, to believe that it is.”

He added that YouTube already has an unenforced policy banning “malicious speech” and that demonetizing haters like Crowder doesn’t work because, “People like Crowder make money through merch sales and direct donations, not AdSense. As long as YouTube gives them a free platform to find new customers, they’ll keep breaking the rules.”

Among Crowder’s many insults against Maza, he imitated Maza as having an effeminate voice and called Maza a “lispy sprite,” “an angry little queer,” or the “gay Latino from Vox.” He also said that Maza eats a lot of d**ks and “sashays to his next Pride parade.”

Last June, YouTube said that Crowder’s insults didn’t violate its terms of service, but the company still pledged to demonetize Crowder’s videos. Around the same time, its CEO Susan Wojcicki offered a non-apology to LGBTQ video creators and implied that the real issue with removing Crowder’s videos is that consistency would require them to take down lots of other videos as well.

Around the same time, YouTube’s announced that it would remove “videos alleging that a group is superior in order to justify discrimination, segregation or exclusion based on qualities like age, gender, race, caste, religion, sexual orientation or veteran status.” This includes white supremacist, Nazi, and other racist content.