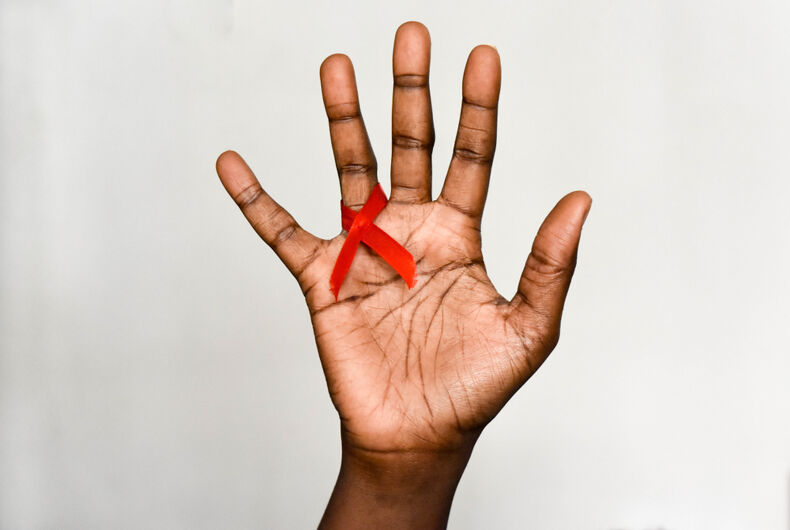 Today is the 31st annual World AIDS Day, as observed by the World Health Organization, United Nations and all its member states. “It’s an opportunity for people worldwide to unite in the fight against HIV, to show support for people living with HIV, and to commemorate those who have died from an AIDS-related illness,” according to the National AIDS Trust.

Yet, the current administration in the United States, where much of the advancement on battling the virus and disease, has gone to lengths to erase the recognition of LGBTQ people that have gotten us this far. As reported by PinkNews, the Trump Administration’s language and material around HIV/AIDS and World AIDS Day has intentionally excluded the mention of anyone or anything queer – for the third year in a row.

In contrast, Trump’s administration – which includes Vice President Mike Pence, who has pledged to remove HIV/AIDS funding since 2000, and followed through – have fired the entirety of the President’s HIV/AIDS Advisory Board and specifically targeted transgender people with various policies, such as banning them from serving in the military.

Luckily – in spite of the administration, and those who align with them – HIV/AIDS prevention continues to thrive, and HIV-positive people are able to sustain healthy lives and careers like anyone else. While ignorance still thrives – with nearly 30% of people saying they wouldn’t even hug a positive person – millions of activists and advocates around the world continue the fight to protect positive people and educate others.

If you want to honor people like this and more, please go and get tested. Knowing your status is the first and most essential part of HIV/AIDS prevention.

Here’s how several people are recognizing today, starting with politicians – such as Elizabeth Warren, who publish an opinion piece in CNN.

There are nearly 40 million people living with HIV around the world. On #WorldAIDSDay, it is my commitment to you that we end HIV and AIDS within a generation. It’s on us to improve education, end the stigma, and work together to fight discrimination.

Despite the progress and medical advancements, we still have a lot of work to do to end the HIV/AIDS epidemic. I've got a plan to provide more resources to tackle this epidemic and begin publicly manufacturing PrEP in my first 100 days. #WorldAIDSDay https://t.co/jpcn34BYSb

My greatest honour was meeting The Great One of Soweto. Ubaba Mazibuko. This is a South African who fought the battle to ensure that many citizens who are hiv positive got anti retrovirals from a government that was refusing. His contribution is immense. My hero on #WorldAIDSDay pic.twitter.com/iu93dgCphd

Here’s some words from organizations around the world, including ACT UP, a coalition of activists who published declarations in a commentary article in The Advocate:

Communities play a vital role in helping to deliver life-saving HIV services to the those who need them.

On Sunday's #WorldAIDSDay, find out more about their invaluable work. https://t.co/kk01gdbdG6 pic.twitter.com/scOeIPtehF

It will take all of us to unite to end the HIV epidemic and combat HIV-related stigma in our communities across the globe. #WorldAIDSDay https://t.co/HbvbvkQMMA pic.twitter.com/3kzm5CswQJ

When you know your HIV status, you have the power to take control over your health and well-being. This #WorldAIDSDay, find out all you need to know about taking an HIV test: https://t.co/ZV1QXgmMhO pic.twitter.com/zhoXw8qs2x

A recent survey of people aged 23-36 revealed that nearly 30% would avoid hugging a person who is HIV-positive.

So let’s end the stigma and share the facts. #WorldAIDSDay pic.twitter.com/kvLGcjiUsg

In it we have some key action items:

Each year on December 1, we remember the people, families, and communities impacted by HIV/AIDS — and celebrate those fighting to #endAIDS once and for all! For more information about HIV/AIDS, or to schedule a testing appointment, visit us online or call 1-800-230-PLAN #worldaidsday

And last, but far from least – take notes from activists and advocates (including some celebrities), along with positive people or the loved ones of people with AIDS.

We often get accused of communication too clinically or technically in HIV.

So let me try it this way… 🍆 💦 🍑 #WorldAIDSDay pic.twitter.com/vYBWyO39QC

Today is World AIDS Day. A timely reminder that HIV/AIDS isn't just a sexual issue, it's a political issue, a racial issue, a gender issue. pic.twitter.com/4CoqagDoJC

On #WorldAIDSDay I remember those the epidemic has stolen, think of all the world lost out on through those lost generations, & celebrate everything we take back through our activism, solidarity & the power of every person living with HIV I’m privileged to know and work with.

My name is Danez. Been poz since 2014. My meds, without the manufacturer’s coupon I got, cost bout 1.3K for 30 pills. Giliead is the devil. Insurance is the big devil. Y’all still don’t know what undetectable means. Some of you prep girls are stigma all stars. Happy #WorldAIDSDay

On #WorldAIDSDay we remember the 32 million friends, family and those closest to our hearts lost to AIDS.

Over 27 years ago, I founded @ejaf to do everything in my power to improve the lives of everyone living with #HIV. That mission continues to this day.

Today is #WorldAIDSDay, I support the Elton JohnAIDS Foundation (@EJAF) in their fight for an #AIDSfree future. As patron of the Foundation I’m always blown away by the commitment of my friends @eltonjohn and @davidfurnish to the #HIV community. Everyone deserves to live a healthy life, no matter who or where you are. So let’s fight for no more discrimination, no more HIV infections, and no more AIDS-related deaths. Follow @ejaf to learn more about their incredible work and donate on their website – the link is in my bio.

It’s important this World AIDS Day, for our community to stand together to continue awareness. HIV is a battle that goes beyond the infection — we need to fight stigma by changing perception. We can help end AIDS, together.#HSCUnderMySkin#WorldAIDSDay2019 pic.twitter.com/Ybgy9RbcYb

It’s #worldaidsday 💗 Being able to write about my HIV status was hugely scary but even scarier is the continued lack of knowledge & understanding around HIV. Thank god for people like @jimmykimmellive who allowed me to come and talk about living with HIV, what undetectable = untransmitable means, and how important a role @plannedparenthood played in my journey to health & happiness. Take some time to educate yourself on what HIV+ people living in poverty have to go through to get treatment. Do you know what PREP is? Do you know the fastest growing group of newly infected HIV+ people are? The time for silence is over. #endhivstigma For the full interview- please head over to @jimmykimmellive YouTube channel 🏳️‍🌈