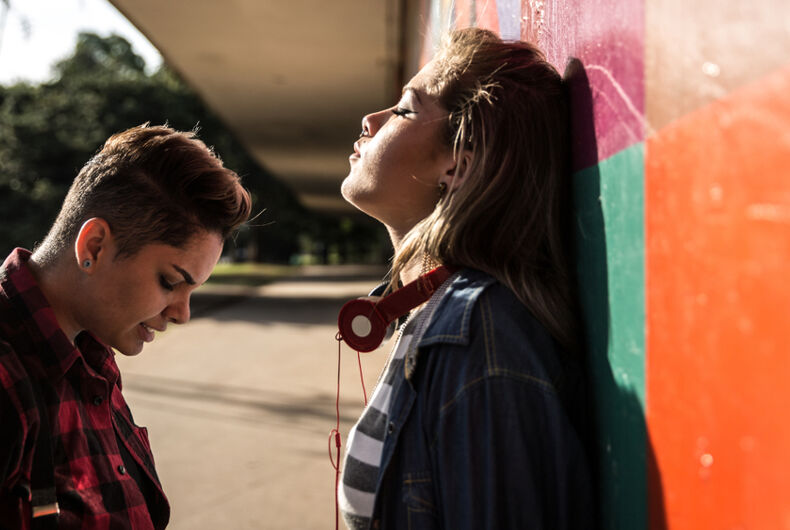 Kentucky Rep. David Hale (R) has pre-filed the Kentucky Student Privacy Act, a transphobic bathroom bill that would force transgender students in K-12 schools to use restrooms, locker rooms, and shower rooms based on their sex assigned to them at birth.

Policies such as these have been found to increase rates of sexual assault against transgender students.

According to the bill, any trans students who don’t want to use a facility not matching their gender identity would be forced to use an alternate bathroom, shower, or locker room that no other students use — many schools lack such facilities and forcing trans students to use them creates an inconvenience and an unwelcoming atmosphere the hides and separates trans students’ daily activities from others.

The bill would also allow cis students to sue schools if they ever encounter a trans student in facilities that don’t match the trans student’s sex assigned at birth.

The bill says allowing trans students to use facilities matching their gender “will create a significant potential for disruption of school activities and unsafe conditions; and… create potential embarrassment, shame, and psychological injury to students.” It continues that schools have an obligation “not to allow minors to be viewed in various states of undress by members of the opposite biological sex.”

Hale introduced similar legislation in 2015 and 2018 — it failed both times. But now that Hale has reintroduced the legislation, a former student and recent graduate, trans male student Nadeem Fauver, says it’ll endanger the safety of other trans students.

Fauver told WHAS that while some people may imagine trans men as aggressive. “When I got beat up it was a [cisgender] girl who did it, and I have no doubt in my mind that that would have happened more if – especially once I started transitioning – I continued to go to the women’s bathroom.”

Research backs up Fauver’s claim. A May 2019 study showed that lack of bathroom access leads to higher rates of sexual assaults for trans youth.

However, Hale defended his bill: “It’s a moral issue and it’s a common-sense issue for individuals that are born as biologically male or female to use restrooms, showering facilities or dressing room facilities that are designated for specifically them. And especially for the individuals in the school system that are minors.”