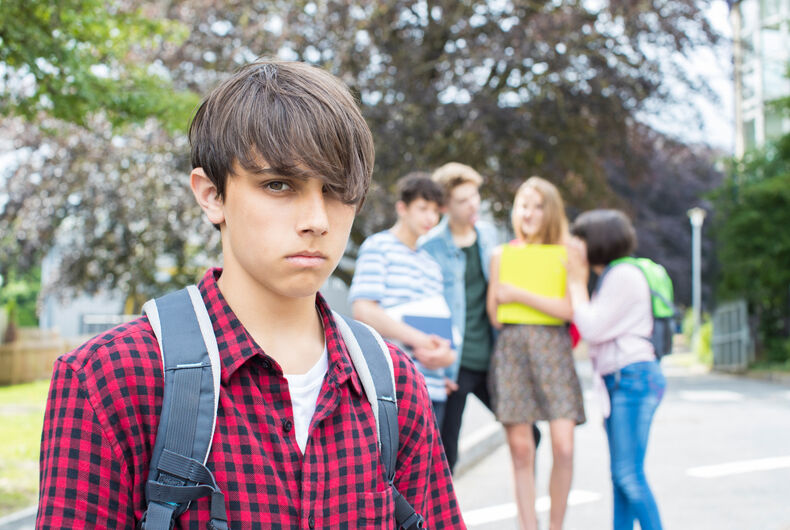 Transgender students at schools with restrictive policies towards their use of restrooms and other facilities also face higher incidences of sexual assault and harassments at those same schools.

The finding, published in the current issue of Pediatrics, looked at survey responses from 3,673 transgender and nonbinary students in grades 7 through 12 who took part in the 2017 LGBTQ teen study.

Comparatively speaking, sexual assault rates for non-transgender teens stands at 15% for girls and 4% for boys, according to the Youth Risk Behavior Surveillance Survey (YRBSS) provided by the US Centers for Disease Control and Prevention (CDC).

Those who attended schools that restricted restroom and locker room use were found to be higher amongst nearly every category.

“We focused on an issue that trans and nonbinary youth say has a big impact on their lives: school policies about gender-separated restroom and locker rooms,” said lead author Gabe Murchison in a video abstract provided with the study.

Added Murchison, “Some youths are not allowed to use the restrooms and locker rooms that best match their gender identity, and youth say that using non-matching facilities, or “alternative” facilities like a staff restroom, leads to unwanted negative attention from others.”

Only nonbinary students who were assigned male at birth being spared of an increased likelihood of assault.

“Our results make clear that sexual assault is a serious health concern for transgender and non-binary youth, and that the school environment may play a role,” said Murchison.

Protections of transgender and nonbinary youth expanded under the Obama administration, but have been rescinded by current Secretary of Education Betsy DeVos.

Last month, while appearing before the civil rights subcommittee of the House Education Committee, DeVos admitted to knowing that the stress of harassment and discrimination faced by transgender students would lead to poor attendance, lower grades, and depression in transgender students.

She moved forward with plans to rescind protections regardless.

Now, armed with this study, we can add even more potential harm by the current head of the Department of Education.

Here are the best, campiest looks from the 2019 Met Gala