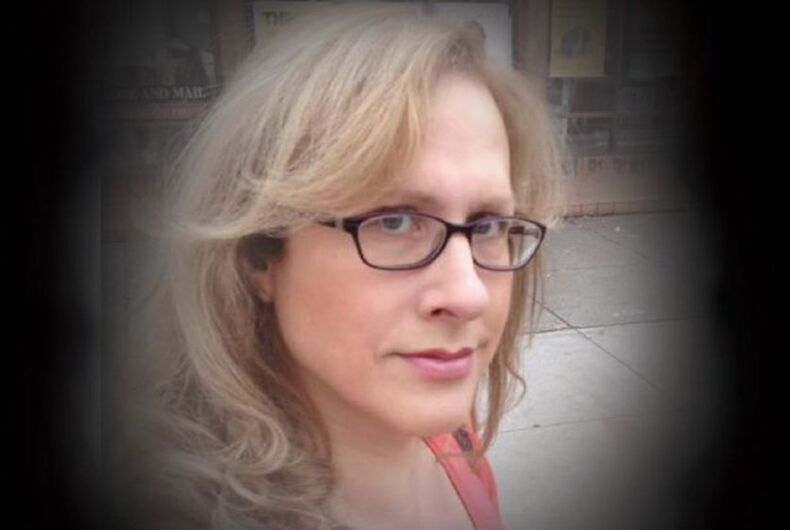 Julie Berman, an outspoken 51-year-old Toronto-based transgender activist who spent 30 years opposing violence against trans women and helping trans people thrive, was found murdered in her apartment this week. She suffered a blunt-impact trauma to the head and was pronounced dead at the hospital.

Police have arrested 29-year-old suspect Colin Harnack at the scene of the crime and charged him with second-degree murder — a friend of Berman’s says Harnack isn’t a known member of the local LGBTQ community.

Karl Jennings, a self-identified acquaintance of Berman’s, said Berman had “reported harassment to some of her friends, earlier in the week,” but hasn’t heard yet if Berman’s reports were connected at all to her murder.

Meanwhile, fellow activists around the city are memorializing Berman for her work. For the last 30 years, Berman helped organize events at The 519, an LGBTQ charity in Toronto, and with the Trans Access Project, an educational charity assisting local trans people.

Davina Hader, a friend of Berman’s, recalls her making an impassioned speech at Toronto’s 2017 Trans Day of Remembrance. “It’s really heartbreaking,” Hader said. “The same thing that she was trying to be vocal about happened to her.”

Olivia Nuamah, executive director of Pride Toronto, said that Berman’s murder is the third to occur among Toronto’s trans community within the past few years. In the United States, at least 25 trans women have been murdered this year alone.

Fellow trans activist Susan Gapka said, “When it’s someone you know as a community member, someone who is as cheerful and lovely as Julie, it really strikes hard on the heart.”

She added, “We do need to talk about this violence and how to respond to this violence. It’s very important and it’s also something Julie would do in the same situation.”

Bi Democrat Zachary Moses is running for Governor of Utah. He wants to “part the Red Sea.”