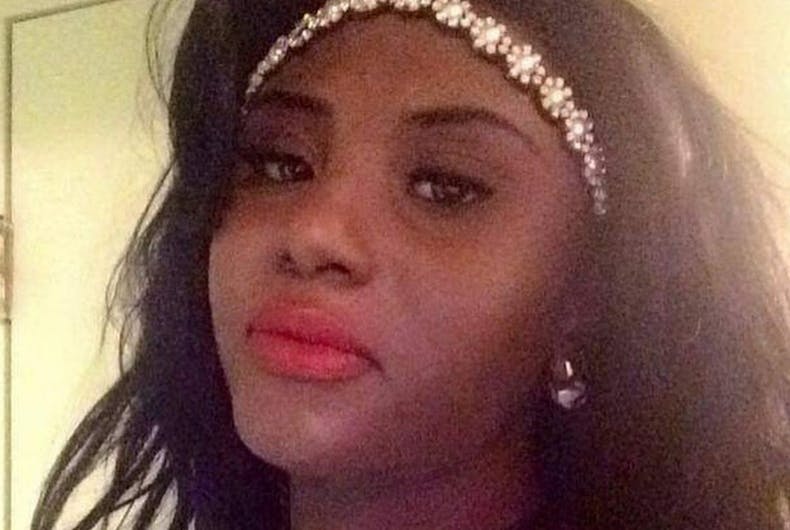 A 33-year-old transgender woman named Yahira Nesby died after being shot in the chest and leg this last Thursday in East Flatbush, Brooklyn, New York City, making her at least the 25th known transgender or non-conforming person killed this year.

Though Nesby was dead when officers arrived at the scene around 4:30 p.m., they later arrested an unnamed 39-year-old man who had broken his foot after jumping from the second story of the building where her body was found, News 12 Brooklyn reports.

Related: Blind transgender woman beaten by mob of teens as she got off a bus

The man remains under police custody while in the hospital. Charges are still pending as police figure out a possible motive for the homicide.

According to the Human Rights Campaign (HRC), the New York City Anti-Violence Project contacted Nesby’s friends to confirm her identity. Nesby was from Charlotte, North Carolina and participated in New York’s ballroom scene as a member of the House of Chanel. She was also a religious woman who posted “videos and powerful words of faith” on her social media accounts.

A person named Paris Brooks-Bonet wrote via Facebook, “Yahira Nesby was that type that was my cuzzo, my turn-up buddy, or just talk about life partna…. It was neva a dull moment everytime you were around you put a smile on my face and others.”

Lavaris Smith wrote via Facebook, “I’m glad we had a chance to spend Memorial [Day together] and fun times and soo many laughs. If you knew her she was the life of the party! Very down to earth and didn’t give a f**k about nobody’s negative opinion!”

Approximately two-thirds of the 150 known victims of anti-trans violence from 2013 to present were killed by gunshots, according to a 2019 HRC report.