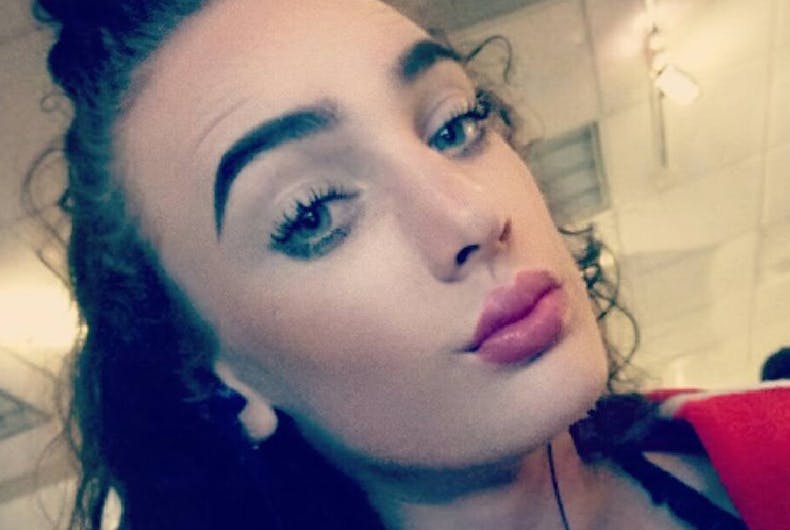 Vancouver, Washington police have arrested 25-year-old David Bogdanov and charged him with the second-degree murder of 17-year-old Nikki Kuhnhausen, a transgender teen who had been missing since June 5, 2019.

Police discovered human remains belonging to Kuhnhausen on December 7 after a person walking in the Larch Mountain woods found a human skull. Clark County police investigators deduced that Kuhnhausen and Bogdanov met on the day of her murder and that she’d been strangled to death with one of her own hair extensions.

Police secured a search warrant to search Bogdanov’s phone and found messages between the two via Snapchat on the day of her death.

Clark County Police Lt. Tom Ryan said, “David and Nikki went to a residence in the county and at that time [Nikki] confirmed to him that she was [assigned male at birth]. David gave a statement saying that made him really, really uncomfortable and disturbed him, and he asked Nikki to get out of his van and she walked away.”

Ryan continued, “We suspect that there was probably some interaction where — and by his own admission — that he determined that, somehow found out during conversation that she was transgender and he stated that he — that was offensive to his culture and he asked her to get out of his van.”

Bogdanov claims that he didn’t see her again after she left his van.

At a court hearing, a friend of Kuhnhausen named Taylor said, “She was so bright. Everything was a smile. Even if she was just coming up to you, she would be smiling. She was always happy. She was a good person. She never did no harm to nobody ever. I had so much hope that she was gonna come back. So, it’s sad.”

Kuhnhausen’s death would make her at least the 24th known transgender or gender non-conforming person killed this year, according to the Human Rights Campaign.

Bogdanov’s lawyer says his client is not guilty. Bogdanov’s bail and arraignment hearing in court will be held on January 2, 2020. He is currently being held without bail.