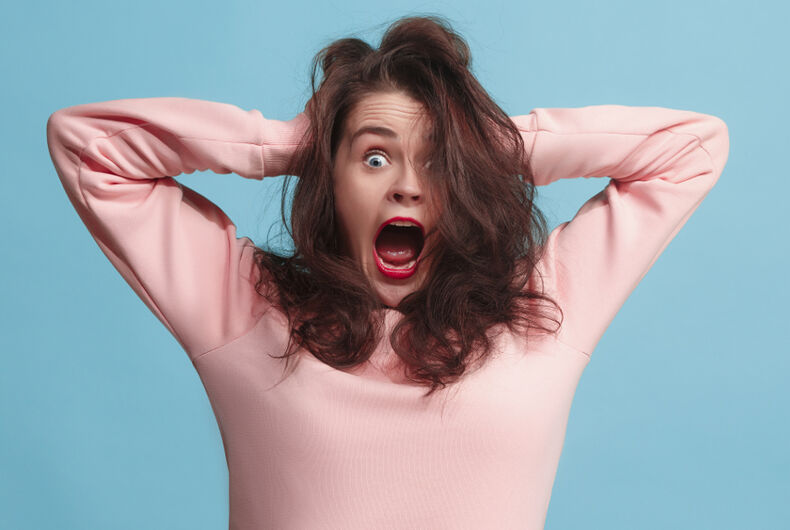 Far-right Christians are freaking out after Canadian Prime Minister Justin Trudeau called for a nationwide ban on conversion therapy.

True to form, conservative sites like The Blaze and LifeSiteNews are claiming that the ban would criminalize prayer, take away the tax-exempt status of churches, shut down Christian schools, designate Christian organizations as hate groups, and forbid Christian parents from adopting kids.

Related: The American Medical Association announces it will push to ban conversion therapy

In a December 13 letter Trudeau sent to Canadian Attorney General David Lametti, he suggested that Lametti amend Canada’s Criminal Code “and take other steps required with the provinces and territories to end conversion therapy in Canada.”

Before Trudeau sent his letter, the Canadian Parliament read a proposed bill (S-202) that would give five years of prison to people who perform “any practice, treatment, or service designed to change an individual’s sexual orientation or gender identity or to eliminate or reduce sexual attraction or sexual behavior between persons of the same sex” for any person under the age of 18.

Far-right Christians are partly freaking out because a similar ban has already passed in the Canadian city of Edmonton. The Edmonton ban allows citizens to report any groups or therapists that promote or practice conversion therapy. Individuals and groups that violate the ban face a $10,000 fine.

The far-right site The Blaze claims “the bill’s broad definition of ‘conversion therapy’ could put Christians in danger” and called it “absurd and totalitarian.”

The website claims that if a gay minor “is converted at your church and starts contributing to the offering (providing a financial ‘benefit’), your church leadership will go to prison.” The site doesn’t explain what that scenario has to do with conversion therapy.

The dependably bonkers far-right LifeSiteNews goes much further in a sky-is-falling interview with Andre Schutten of Canada’s Association for Reformed Political Action (ARPA).

ARPA claims that the ban will “forbid counseling that helps children and teens love their bodies and feel comfortable in their own skin” and “deprive those who struggle with gender dysphoria or unwanted sexual feelings from getting the help they want or need.” But that’s not true; it would just prohibit them from seeking any services to help change their possible LGBTQ identities while under the age of 18.

Schutten goes onto tell LifeSiteNews that the ban will criminalize Christianity altogether and any prayer a religious leader might have with a young person to help them not be LGBTQ (that is, “pray the gay away”). While Schutten worries the proposed amendment is too broadly written, his entire argument is based on a slippery slope logical fallacy rather than actual evidence of similar bans resulting in his forecasted outcomes.

Far-right Twitter users aren’t reacting too much better either:

Facts: 1) there is no such thing as "conversion therapy," a magical term invented by the lame scream media. 2) Catholic, orthodox Jew, or Muslim therapist will go to jail if they help reduce El Gee Bee Tee impulses. 3) Canada—as she was founded—is dying. https://t.co/B0zspBMWX7