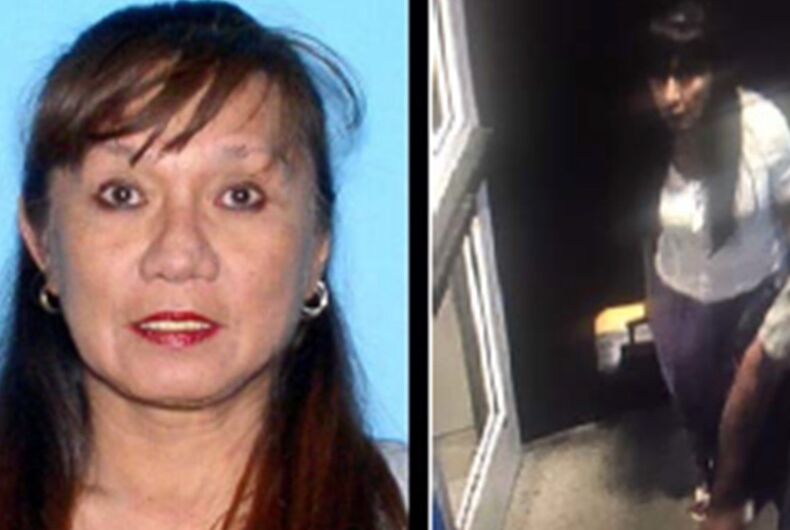 A 59-year-old transgender woman from Florida, Pauline del Mundo, has reportedly gone missing during a layover at Dallas-Fort Worth International Airport while waiting for a connecting flight from Tampa to Cozumel, Mexico for a 10-day vacation.

Mundo’s sisters say that she called them during her layover sounding uncharacteristically “incoherent” and “depressed.” Mundo said she no longer wanted to go to Cozumel and needed an airline ticket back to Tampa. That was the last time anyone heard from her — her phone has since gone dead.

Related: ‘The L Word: Generation Q’ has cast two transgender actresses, but how will it handle them?

Her family prays the same can’t be said of her.

Mundo never checked into her flight to Mexico nor into her Cozumel hotel. Her sister, Lilia Acebron, told Newsweek that Mundo “had recently been dealing with pain from a rotator cuff injury, which impacted her ability to work as a nurse in the Tampa area.”

“She’s a hard-working woman, she always worked overtime,” Acebron told WTSP 10 News. “But she was still having some pain, some limitation of movement, so she considered herself disabled and I think that’s why she started getting depressed.”

The Filipina-American woman is 5 feet 6 inches tall, has long brown hair, speaks with an accent and goes by the names Paulina, Paulino, Paula or Pauline. Anyone with information on her whereabouts should call DFW Airport Detective Sgt. Karl Ross at 972-391-7221.

Mundo’s sisters worry that she may have fallen victim to the recent string of murders targeting trans women in the Dallas area.

#NEW: @DFWAirport police just released this surveillance image of Pauline del Mundo walking through the terminal the day of her layover. The #Tampa woman never made her connecting flight. She hasn't been seen since. #missing #missingperson #transgender #dallas @10NewsWTSP pic.twitter.com/oAr0mBY2Du