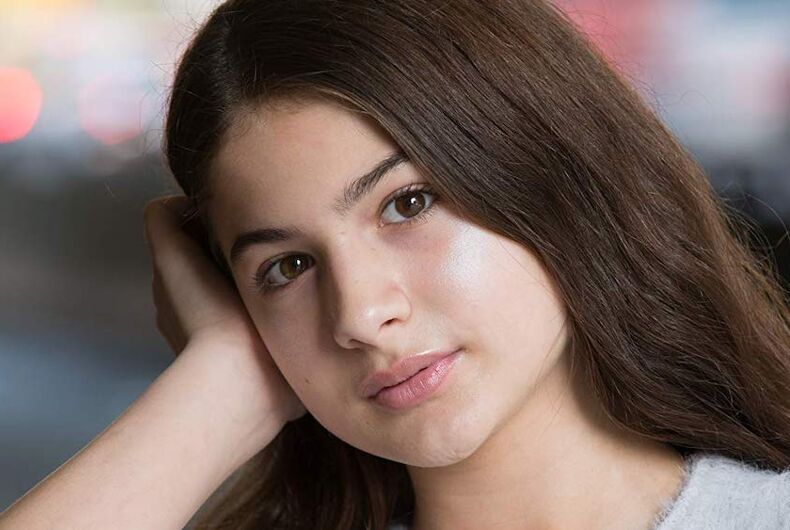 Trans actress Sophie Giannamore will play the role of Jordi, “a rebellious teen with absent parents,” and trans actress Jamie Clayton — who played the transgender hacker Nomi Marks on Netflix’s sci-fi drama Sense8 — will play Tess, “a no-nonsense bartender who sees other people clearly but has a blind spot when it comes to her own relationships.”

While it’s unclear whether Jordi or Tess will be trans characters, both could help the show repair the original series’ messy take on trans identity.

In season three of the original series, actress Daniela Sea played Moira, a working class, butch lesbian who provided some masculine contrast to the show’s numerous lipstick lesbians. As the show progressed, Max eventually transitioned to male, and the handling of his transition was problematic and filled with inaccuracies.

Barely two weeks after taking his first testosterone shot, Max grew an impressive mustache and beard, something which is  impossible. Two episodes after his first injection, Max scheduled his transitional surgery, something that usually takes a year or two to secure under medical guidance.

Some fans disliked the fact that the showrunners turned the only butch character into a full-fledged man rather than exploring Moira’s butch femininity more deeply.

It’s true that many trans men feel more welcome in lesbian and female spaces rather than ones for cis gay men. But the two trans female actresses cast in The L Word: Generation Q suggest that the reboot may go in the opposite direction by exploring trans female issues instead.

This would provide some welcome trans representation on the small screen. GLAAD’s 2018/2019 report on LGBTQ representation on TV shows that only 17 characters on broadcast, streaming and cable platforms were trans women. Of those 17, only two were lesbian and two were bisexual.