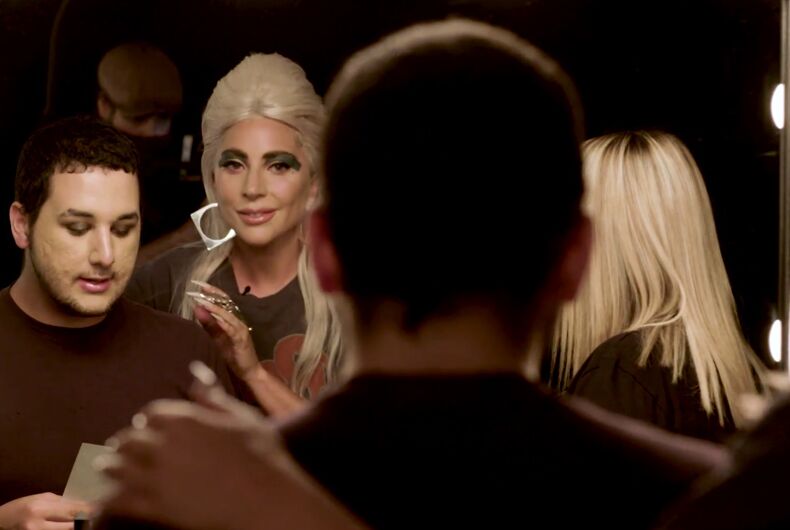 Lady Gaga and her makeup artist, Sarah Tanno, surprised a gay superfan during a promotion for her new makeup line, Haus Laboratories, but things quickly got emotional when the fan told Gaga about his family rejecting him when he came out.

Cosmetology student Brandon Galaz was invited by Allure magazine to sit down with the makeup artist as part of the promotion, but he had no idea Gaga was waiting in the wings.

The 19-year-old wrote a letter to Gaga that he hoped to give to Tanno. She asked him to read it to her as she worked. But when Galaz started to read his emotional and raw letter, Mother Monster stepped into the room.

Galaz read about his family’s reaction to his coming out and how the singer inspired him to live his truth with her song “Born This Way.”

“You’re my role model,” Galaz told her. “I am unsure if I’d have the courage to accept and be who I am today without the acceptance and peace I have found in your music and life story.”

Watch the video below, but be warned. You’ll need tissues. You wouldn’t want your makeup to run.