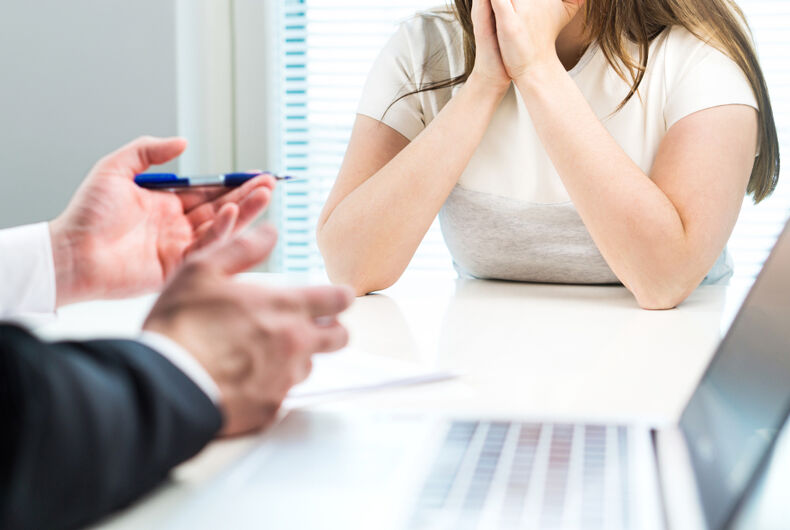 Erin Dotten — a Floridian who describes herself as a “lifelong conservative Republican” — claims she was fired from her $80,000 a year job as Assistant Director at Broward College’s Health Sciences Simulation Center after coming out as transgender.

Despite supporting a political party that has consistently worked against LGBTQ people’s rights, Dotten says she has been “actively working with fellow conservatives who support freedom and dignity for LGBTQ people.” She hopes the Supreme Court will rule in favor of supporting LGBTQ people in the employment discrimination cases it heard this October.

The day after Dotten informed her employer of her decision to transition, she says the human resources department called her in to discuss a “performance improvement plan” even though she had no previous disciplinary actions filed against her during her four years at the college.

“I came out as transgender to my wife three years ago,” Dotten said. “I was on hormones and had multiple attempts at transitioning over the last nine years. After my last suicide attempt, I said, ‘Hey, I’m going to be who I am, and to hell with it.’”

After coming out, she became an LGBTQ advisor for the college and began feeling like a role model for students and faculty. But soon after, college administrators began filing complaints against her.

“They made my life pure hell,” Dotten said.

Six months later, they fired her.

She’s now fighting her termination in court and has become a member of Conservatives Against Discrimination, a program of Freedom for All Americans supporting LGBTQ rights.

Surprisingly, a 2017 survey from the Public Religion Research Institute found that conservative Christians actually support LGBTQ non-discrimination protections by margins of just over 50%, although their support ranks the lowest compared to every other faith.