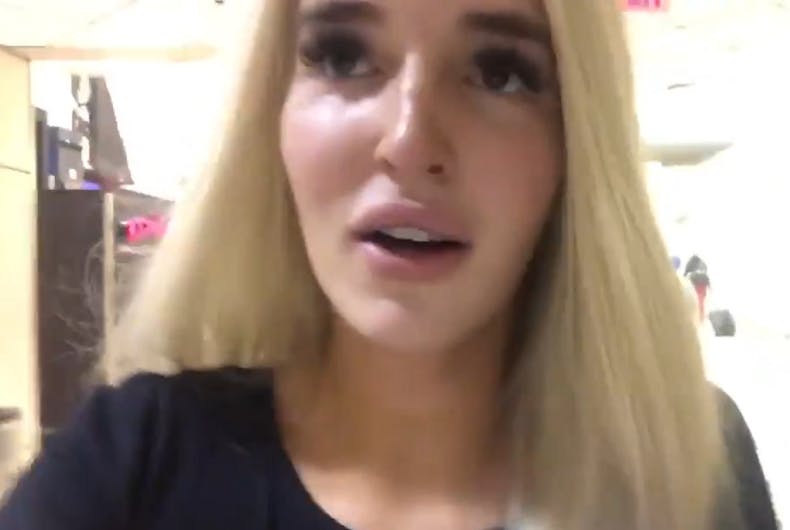 A video of a transgender woman who was detained at an airport allegedly because of her transgender status has gone viral.

Lilah Gibney tweeted a video she made after she was released from detention at an unknown airport.

“It’s so fucked up that trans people have to literally go through that,” Gibney said.

“I know it’s so f**king dramatic to cry over a f**king airport, but like it’s so annoying literally trans people have to go through this and get detained. I just can’t.”

last week i literally got detained at the airport for being transgender while trying to go home to visit my family for thanksgiving…i’m sharing this so anyone who has or WILL experience this is not alone 💔 pic.twitter.com/gpINfmr49j

In a reply to a stranger on Twitter telling her that she was not detained because she’s trans, she explained more.

“It was me getting pulled into a room and waiting for 5 diff[erent] rounds of security guards to come in to ask questions/pat me down/scan me with x rays & more,” Gibney wrote. “By my f**king self. Tell me when you’re discriminated against or shut the f**k up.”

no babe it wasnt “extra security”.. LOL it was me getting pulled into a room and waiting for 5 diff rounds of security guards to come in to ask questions/pat me down/scan me with x rays & more. by my fucking self. tell me when you’re discriminated against or shut the fuck up https://t.co/dXxQDM1qwZ

A ProPublica review found that of the around 300 civil rights complaints filed against the TSA between 2016 and 2019, 5% were from transgender people, about five times more than the estimated percentage of the population that is trans.

Full-body scanners are particularly problematic, as they can flag transgender travelers for additional scrutiny if their bodies don’t look like cisgender people’s.

Gibney’s video has been viewed almost one million times.