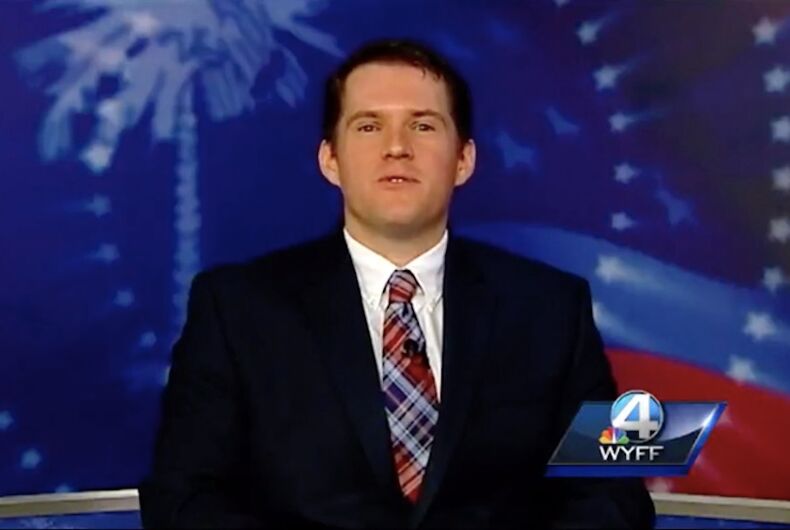 South Carolina Rep. Stewart Jones (R) has filed a bill that would make it a crime to provide transition-related medical care to trans people under the age of 18.

Not only is his one of several bill recently floated by Republicans in different state legislatures, but experts agree such bills will literally kill trans children and make parents and medical professional more afraid of discussing how to best care for trans minors.

“[Transgender medical care for minors has] almost been weaponized, and this is to protect children,” Jones told The Post & Courier. “Somebody under 18, they can’t buy cigarettes and alcohol, and so they shouldn’t be able to have a sex change.”

Jones’ bill is similar to legislation introduced by Kentucky Rep. Savannah Maddox (R) and Georgia Rep. Ginny Ehrhart (R). Republicans are pursuing similar legislation Alaska and Illinois too, according to The Post & Courier.

Like his cohorts in other states, Jones filed his bill in response to the highly publicized Texas custody dispute involving a 7-year-old child. The mom says the child identifies as a girl named Luna, the dad says the mom has brainwashed their kid and and is forcing a female gender identity on her.

The father began a conservative media blitz by talking to right-wing blogs about how his ex-wife wanted to “chemically castrate” and “pump hormones” into their child.

But trans kids aren’t subjected to the sort of care the father described. Most trans children are just encouraged to express and explore their gender identity when they’re young.

Some are given hormone blockers around the ages 10 to 13 to delay the onset of puberty in an attempt to prevent irreversible physical changes that can worsen a trans kid’s gender dysphoria and chances of mental distress and suicide. These medications are safe and have been used for decades, according to Mary Romano M.D., from the Vanderbilt University Medical Center, a clinic which specializes in trans youth.

Citing the high suicide rates that already exist for trans youth, Gillian Branstetter, former spokesperson of the National Center for Transgender Equality, said these bills “would create an environment where trans-supportive parents and health providers risk legal, social, and political persecution for trying to care for trans-identified children.”

“Any such legislation would carry a body count [and…] empower parents to reject what they are being told by doctors,” Branstetter said.