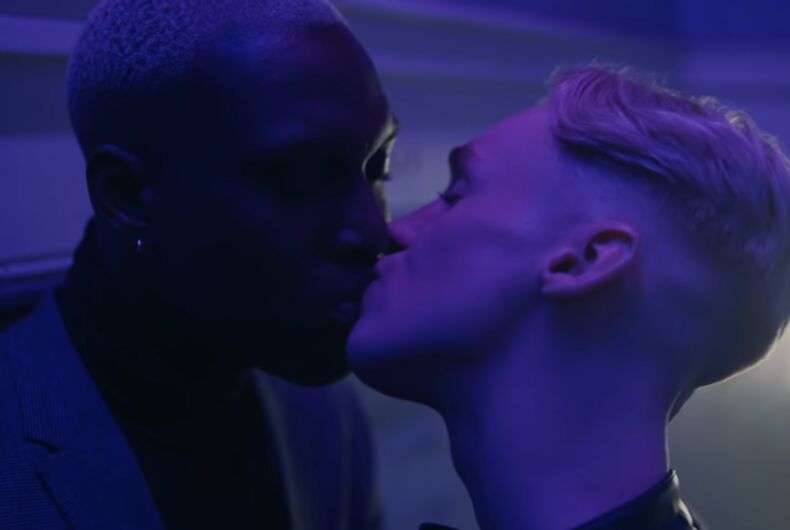 The ad is entitled “Moments in Between” – that is, the moments during the holiday season that come in between the big events like Thanksgiving dinner and opening presents and counting down on New Year’s Eve – and set to Judy Garland’s performance of “Have Yourself a Merry Little Christmas.”

Many of the scenes shown aren’t romantic, and most aren’t LGBTQ. But there are two queer moments. Early in the ad, two women are shown making loving expressions at one another in a laundromat. Later in the ad, they’re kissing under the mistletoe.

Two young men also kiss on a stairway, with no mistletoe in sight.

Well, not everyone agrees. Pride reports that H&M is being forced to delete hateful comments about LGBTQ people under the post.

“We have a strong belief in love being for all and would like everyone to keep a friendly tone,” H&M replied to one person. “Therefore comments that are extremely hurtful and not in line with our well-rooted values about equality have been removed.”

Life
H&M, Have Yourself a Merry Little Christmas, Judy Garland