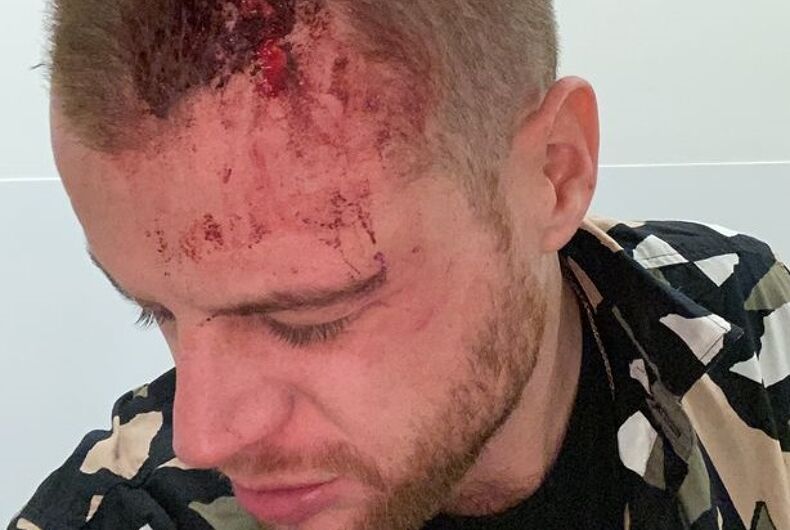 A gay man who was beaten after kissing another man in a bar had to get five staples in his head to close his wounds.

Christopher Haughey, 31, said that the attack happened this past Saturday afternoon as he was waiting for the bus in downtown Belfast, Northern Ireland.

Related: A gay man was attacked by 4 teens with hammers in public. But will they be caught?

Haughey said that he believes the attack happened because some men saw him kissing another man in a bar. After leaving the bar, he went to a bus stop and saw that he would have a long wait. So he went to the other side of a nearby building to eat food he had bought.

“I came back round the corner and I was attacked at the lights,” he told Belfast Live. “It was two people. They pushed me and then hit me with something over the head.”

“There’s no other reason why it would have happened,” he added, saying that he believes he was attacked for being gay.

Police showed up and took him to the hospital, where he got five staples in his head.

According to the Police Service of Northern Ireland, one of the alleged assailants had a gray handbag and the other was walking a dog. They are still looking for the attackers and want anyone with information to call Crimestoppers at 0800 555 111.