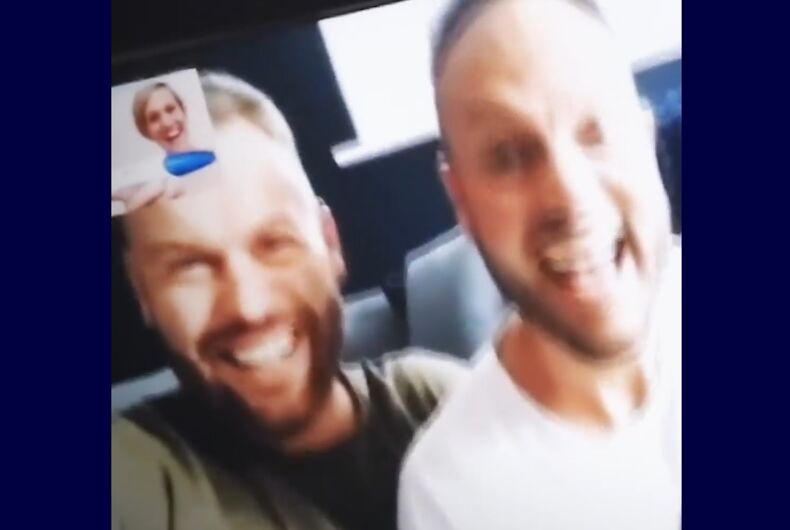 Craig and Paul finding out they were going to be dadsPhoto: Screenshot/BBC2

The moment a gay couple knew they were going to have a baby was caught in an amazing documentary series from the BBC.

Paul and Craig appear on The Baby Has Landed, a series that follows several couples in the first six weeks of their babies’ lives.

Mel, a coworker, agreed to help Paul and Craig with their dream of having children by carrying a baby for them. In the video below, she holds up a pregnancy test on FaceTime with the men and they see that she’s pregnant with their child in a heartwarming moment.

It turned out that Mel was pregnant with twins, who she gave birth to at the end of the video.

Paul And Craig Are Expecting Twins | The Baby Has Landed

Paul and Craig are expecting twins. Mel, a workmate, has agreed to be their surrogate. 👶👶

Craig said that this was a dream come true. When he was younger, he thought that being gay meant that he would never have children.

“I grew up knowing I liked boys, but then dealt with the fact that if I liked boys then I’ll never have a family,” he said. “So I thought maybe I should force myself to like girls to have a family.”

“And then I got used to the idea that it was never going to happen.”