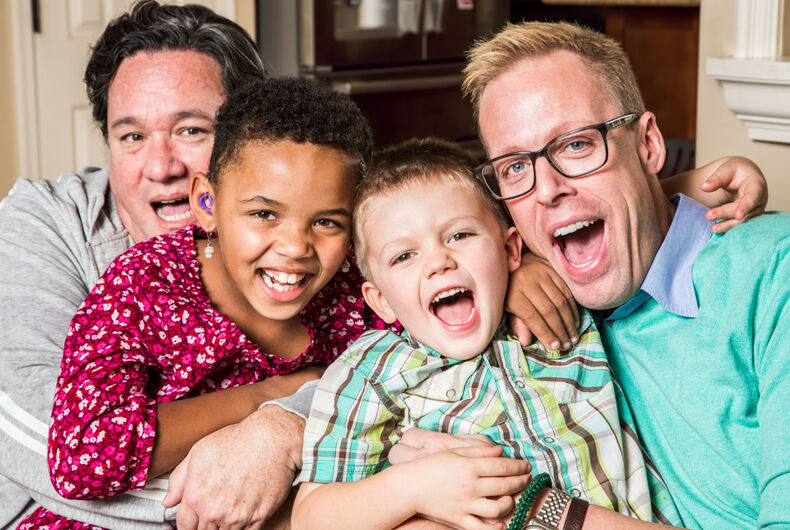 A parenting study conducted by the Université du Québec à Montréal shows that gay fathers are more active when it comes to raising their children.

The study looked at a total of 92 fathers as well as their 46 children, each aged between 1 and 6 years of age. The families were all adoptive, and mainly came together using adoption services of the Centre intégré universitaire de santé et de services sociaux (CIUSSS)

Approximately 1/3 of the children in the care of CIUSS are adopted by gay fathers, which has been legal in Quebec since 2002.

What researchers found were that these parents were highly involved in their children’s lives, with both parents sharing the duties.

“We learned that gay fathers’ sharing of tasks is very equitable,” lead researcher Éric Feugé told the Montreal Gazette. “There was a high degree of engagement in all types of parental roles.”

The parents were largely about to sidestep a lot of the gender stereotypes seen in straight couples, though researchers did see some minor differences between parents.

“There was always one dad who did a bit more,” said Feugé. “That brought us to categorize fathers as principal and secondary caregivers.”

Both parents also displayed a wider palette of expression with their children versus straight couples. “They could be playmates, caregivers, protectors, role models, morality guides,” noted Feugé.

“What’s really interesting is that they don’t conform to roles of conventional fathers,” added Feugé. “They were able to redefine and propose new models of cultural notions of paternity and masculinity.”

Feugé’s hope is that his research can help change minds about gay fathers, allowing for more adoption avenues and less resistance.

“My main objective was to reassure health professionals and people working with families, to reassure them that same-sex couples are excellent candidates for adoption, and to combat stereotypes that say that men are not able to take care of young kids.”