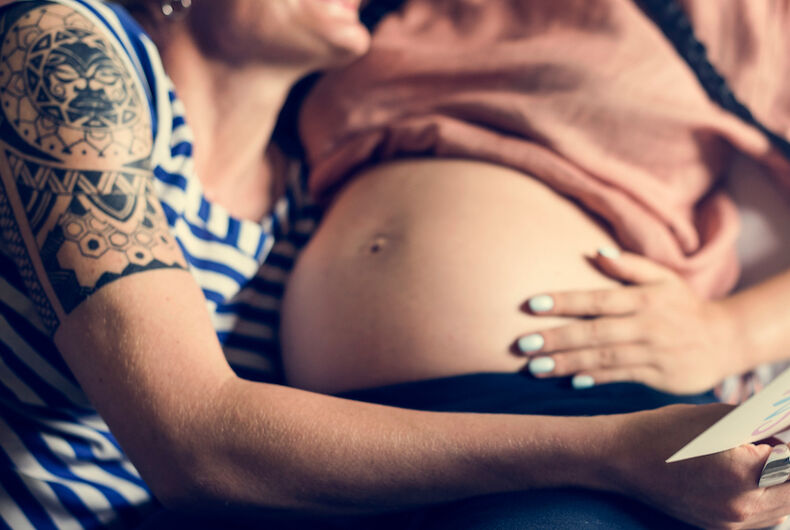 Donna Francis-Smith and her wife Jasmine Francis-Smith have become the first same-sex female couple to give birth to a “shared motherhood” baby carried in both of their wombs. Their child is a baby boy named Otis. He’s now two months old.

Donna incubated the egg, which was implanted via in vitro fertilization (IVF), for 18 hours in her body. Afterwards, the egg was then placed into 28-year-old Jasmine’s womb until she delivered it.

The couple completed their “shared motherhood” with the help of the London Women’s Clinic. While many female same-sex couples have had children through IVF before, this is the first time that both women carried a fertilized egg that developed into an infant.

While IVF procedures don’t always result in a viable pregnancy after the first attempt, it did for Donna and Jasmine.

You get a lot of same-sex couples where one person is doing the whole thing, and the one person is getting pregnant and giving birth, whereas with this we’re both involved in a massive way. It’s definitely brought us closer together emotionally. We’re a close couple anyway but we both have a special bond with Otis as well which was helped by the way we’ve done it.

The couple met through an online dating service in April 2014 and later married. Donna served as a Lance Corporal in the British Army for 11 years and Jasmine works as a dental nurse.

Modern medicine has traveled to new frontiers in fertility by helping LGBTQ people become parents. In September 2019, a woman gave birth to her gay son’s twins so he could be a dad. A 2016 study suggested that two gay men may one day be able to have a baby together without a female egg.