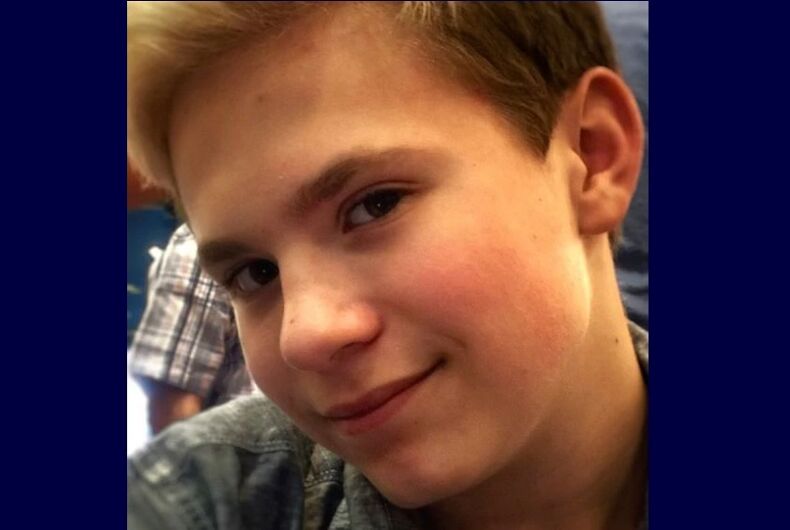 The mother of a gay 12-year-old who died by suicide after relentless bullying at school is suing the school for failing to do anything about the bullying.

Tristan Peterson was a student at Woodruff Middle School in the Upper Deerfield School District in New Jersey before he died in December 2017.

He had come out at school earlier that year when he was still in elementary school, and his classmates’ reaction was vicious. According to the lawsuit, he was harassed and bullied repeatedly that year in both schools and officials at both schools knew about the bullying.

Marcy Peterson, Tristan’s mother, wrote in the complaint that she contacted the school at least four times that school year starting in September, but the school didn’t do anything to stop the harassment.

The complaint says that the last time Marcy contacted the school was after an incident on November 29 where Tristan was “specifically subjected to threats from another student or students at the Woodruff School related to his sexual orientation, which was witnessed by a staff member at the Woodruff School.” The suit alleges that the staff member who was present reported the incident to Principal Harold Hill.

That was a Wednesday. By the following Sunday, Tristan killed himself in his home.

The school district has not commented on Tristan’s case or on their policies around bullying, citing the pending litigation.