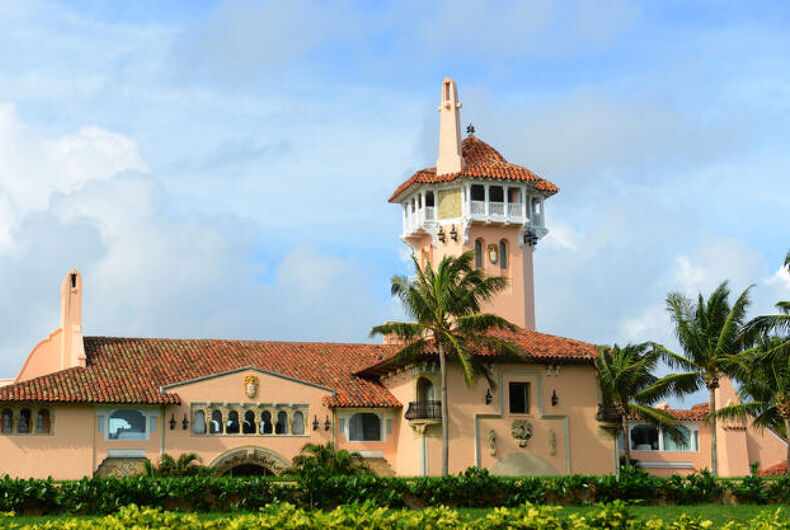 President Donald Trump is spending his Christmas vacation at his Mar-A-Lago Resort, his 26th visit to the Palm Beach, Florida estate. While the President’s staff prepares for his impeachment, which reportedly has Trump “mad as hell”, he will be out golfing for his 228th day of the year after this weekend.

According to the Huffington Post, this is “equivalent of 296 years of the $400,000 presidential salary” being spent just to bring Trump to his private resort. This surpasses the entirety of money spent on the Obama family’s travel arrangements over his eight year presidency that had conservatives in uproar.

Related: Trump got impeached & everyone is talking about Nancy Pelosi

Trump’s costs are so much higher than Obama’s because Trump insists on playing golf at his own courses — primarily in Bedminster, New Jersey, and Florida — during which he greets and spends time with paying club members whose dues continue to enrich him. Each trip to Bedminster costs taxpayers about $1.1 million, while each Mar-a-Lago trip costs about $3.4 million. Trump has also visited his courses in Los Angeles; Doral, Florida; Turnberry, Scotland; and Doonbeg, Ireland — all on the taxpayer dime.

In contrast, while Obama typically took expensive vacations twice a year — one to Martha’s Vineyard and one to his home state of Hawaii — the vast majority of his golf outings were to courses on military bases a short drive from the White House.

So far on his latest Mar-A-Lago trip, Trump had a speaking engagement scheduled for entertaining young activists from Turning Point USA in addition to his golfing. He then spoke to Rudy Guiliani, who is under investigation for federal investigation, at a Studio 54-themed party he held that same evening.

In addition to forgoing his presidential salary, Trump’s 2020 budget cuts to health projects – including billions in HIV/AIDS funds and initiatives – will help ease the large bill for the President’s expenses on the government. He has consistently made budget cuts to multiple government-funded organizations and initiatives that benefit LGBT people since he became President in 2017, going through 2018 and now, 2020.

Think Fox News is bad? Wait until you see One America News Network.

A gay 12-year-old died by suicide after relentless bullying. His mom says the school did nothing.