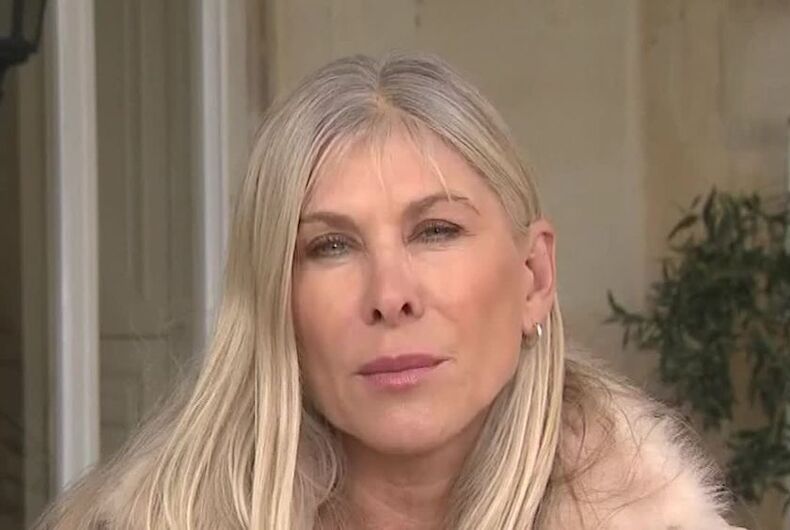 In a recent tweet, Sharron Davies, a former Olympic swimmer who competed in the 1976 and 1980 Summer Games on behalf of the U.K., compared drag to blackface. Davies has also made comments earlier this year opposing the inclusion of trans women in sports.

Davies wrote, “Am I the only person fed up of drag shows? A parody of what a real woman is, like blackface. Women are juggling kids, rushing out a wholesome dinner, doing the laundry & cleaning, holding down a job all with period pains & leaky boobs if breastfeeding. Enough of the stereotypes.”

Related: Drag queen Jasmine Masters is the most viewed GIF of 2019

Am I the only person fed up of drag shows? A parody of what a real woman is, like black face. Woman are juggling kids, rushing out a wholesome dinner, doing the laundry & cleaning, holding down a job all with period pains & leaky boobs if breast feeding. Enough of the stereotypes

In response, Michele Visage, a longtime judge on the reality TV drag competition RuPaul’s Drag Race, replied “OR… you can see it for what drag actually IS, which is a celebration and homage of all things feminine, giving power to those who need it! Strong women aren’t threatened by drag queens, but rather empowered by their chutzpah. HAPPY HOLIDAYS!!”

Other supporters of drag pointed out that drag is more about exploring femininity rather than insulting it. They also mentioned that some cisgender or transgender women also perform drag.

Davies isn’t the first person ever to compare drag to blackface as a caricature of marginalized people. In January 2015, Mary Cheney, the out lesbian and actively Republican daughter of former Vice President Dick Cheney, asked:

In response, a former competitor from season 10 of RuPaul’s Drag Race, Miz Cracker, admitted that some drag and drag performers do indeed dabble in misogyny.

However, W. Fitzhugh Brundage — chair of the Department of History at UNC-Chapel Hill and editor of Beyond Blackface, a book on black representation in American pop-culture — told Miz Cracker that blackface at its height had much more “immense cultural influence” than drag has ever had. Also, while blackface contributed to the nationwide prohibition of black people from stage and screen, drag has never contributed to keeping women from mainstream acting roles.

In March 2019, Davies said that transgender women shouldn’t be allowed to compete alongside cis female athletes. She said:

Michael Phelps has size 15 feet; your average female swimmer has size six. If someone is a good swimmer and they decide they want to transition to being a female, none of our girls would stand a chance. It’s not anything to do with saying sport isn’t for everybody, it’s asking how we classify it.

And rather than classifying it by gender, we have to classify it by sex. And if the transgender society aren’t happy with that, we’ll have to talk to governing bodies about an alternative, a transgender games or something. But how can this be fair to women?

In a separate series of tweets published around the same time, Davies wrote, “To protect women’s sport those with a male sex advantage should not be able 2compete in women’s sport.”