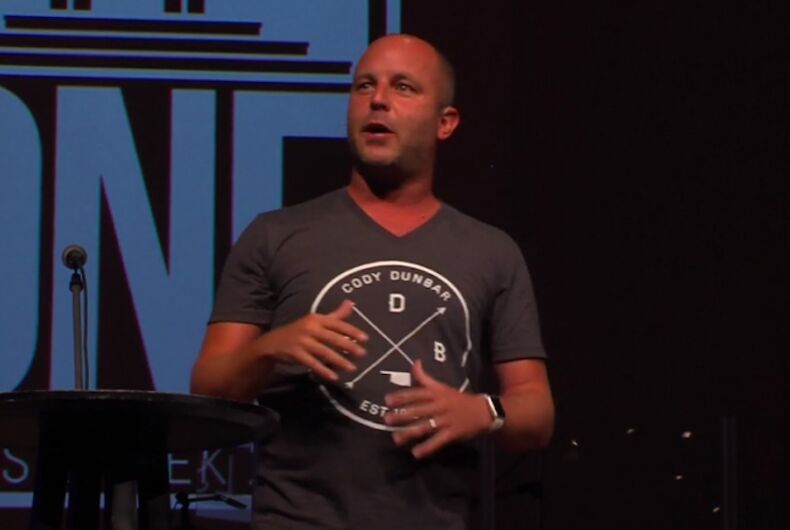 A prominent Christian youth pastor from Alabama, 39-year-old Paul Acton Bowen, has pleaded guilty to 28 counts of sexual abuse involving six victims between the ages of 13 and 16. One of the charges included sodomy with a boy, and though we know very little about his other victims, we know others were boys as well.

Bowen, who married his now ex-wife in 2015, initially said upon his arrest that he was “hurt, confused, and heartbroken” by the allegations, adding, “I have not done what I am accused of and have not acted inappropriately in any way.” He now faces decades to life in prison.

Though web searches didn’t reveal a history of anti-LGBTQ speech on Bowen’s part, one of his books, Escape the Noise, reportedly condemned “sexual immorality.” He also served as an advisor to anti-LGBTQ Republican gubernatorial candidate Scott Dawson.

Previous to his arrest, Bowen served for 12 years in a local church, wrote several “best-selling” books, worked as a public speaker at youth groups and summer camps, led a citywide student Bible study and hosted xlroads TV, a program viewed weekly by millions of U.S. teens and adults and in over 170 international countries. Bowen claimed to be a Fox News contributor (something Fox News denied) and said he was Justin Bieber’s “personal friend” and “spiritual mentor.”

Sex columnist Dan Savage noted when Bowen was first arrested in April 2018, on Bowen’s now defunct Instagram account “almost every picture was Bowen posing with a boy or boys who appeared to be over 12 and under 16 years of age. No girls. Only boys.”

Following his arrest, District Attorney Jody Willoughby said, “Acton Bowen is a danger to every child in this community.”

Deputy District Attorney Carol Griffith added that his work with youth was only a way for him to get access to underage victims. “Under the guise of leading children to the Lord, he was abusing them and leaving them more lost than ever before.”