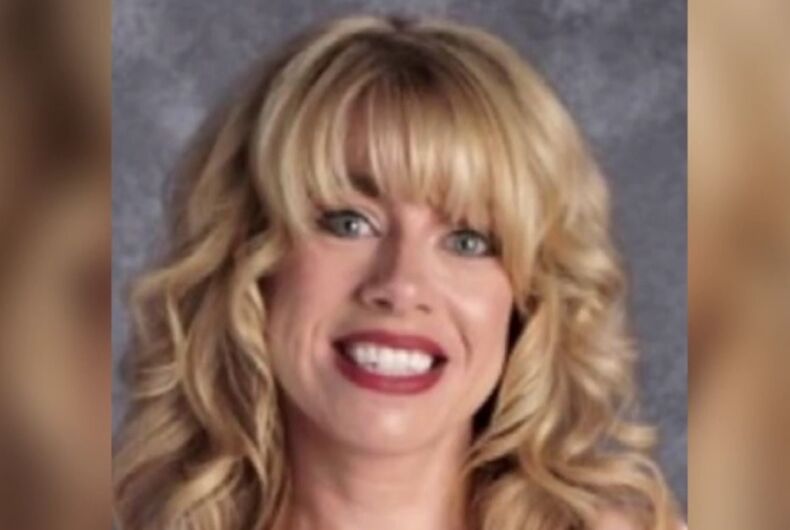 A Christian school kindergarten teacher in the Chicago suburbs is facing charges related to sexual assault and child pornography after investigators say that she sent explicit material to minors for years.

Shannon Griffin is the wife of the pastor of Jordan Baptist Church and is a teacher at the associated Jordan Baptist school in Oak Lawn, a suburb of Chicago.

She is now facing five counts of criminal sexual assault, one count solicitation of child pornography, one count of distribution of harmful materials, and one count of grooming, which the Cook County Sheriff’s Office says come from her alleged sexual molestation of one underage student at the school and sending nude photos and videos of herself to that student and another one.

A months-long investigation found “that Griffin sent nude pictures and videos of herself to and requested nude pictures from the minor and another juvenile victim, also enrolled at the school,” said Cook County Sheriff Tom Dart in a statement. They believe that the molestation started in 2013 and continued until earlier this year.

The pictures were circulated among students until they reached one mother, whose name has not been made public.

One student, Yhaneera Aparicio-Armas, said that she remembered Griffin for being really strict when it came to dress code violations.

“She would write me up and other girls and, like, how ironic that you’re telling us how to dress, us how to be modest, and be Christian women, and you turn around doing the exact opposite,” said Aparicio-Aramas.

Parents of students at the school say they feel betrayed by the school, like Mike Mollo, who said that he immediately pulled his kids from the school when he found out about Griffin and called the pastor.

“I called the pastor, and I said to him, ‘You better get in front of this.’ I said, ‘All these kids are passing videos around of your wife,’” Mollo told CBS Chicago.

He said that he found out when his son showed him naked videos and pictures of Griffin.

“He said, ‘Dad, you got to see this,’” Mollo said. “He pulls his phone out, and it’s a bunch of pornographic videos of her doing things to herself.”

“You pay that kind of money to send your kids to a school to where you can trust these people, and they go and do this?” he said. “Betrayed is an understatement. Violated, betrayed, angry. There’s no words to describe what I was feeling.”