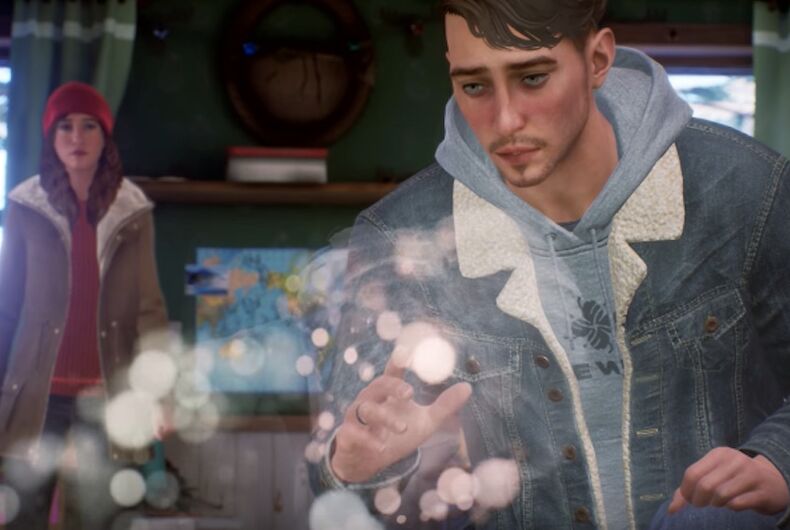 Xbox Game Studios just published its latest game, Tell Me Why, the first mainstream game from a major publisher that features a transgender character as the playable lead hero. The game, which was developed with input from the LGBTQ media group GLAAD, was announced during Microsoft’s Xbox London event on November 14, 2019 and will be available on Xbox One, Windows, and Game Pass in 2020.

In the game, players will be able to control Tyler and Alyson Ronan, Alaskan twins with different memories of their troubled childhoods. Tyler is a transgender man, and players must make decisions based on whether they trust his or his sister’s version of events more — the player’s decisions affect the game’s outcome.

Related: A new video game lets you defeat Trump or Putin with a Pride parade danceoff

Tyler is voiced by trans actor August Black and his storyline was developed with guidance from GLAAD. GLAAD “reviewed the game’s script, advised on character development and provided access to resources that helped the team move forward with the storyline,” according to The Hollywood Reporter.

Tell Me Why was developed by the French video game developer Dontnod, a company whose other games, Remember Me and Life Is Strange, were respectively published by Capcom and Square Enix for the XBOX, PC, and PlayStation 3.

One of the things that GLAAD did that was especially helpful was they gave us a history lesson, not just in games, but in media as well — the good and the bad. It’s been really important for everyone on the project to understand the history of LGBTQ representation and transgender representation in games to make sure we did our best to get it right.

Here is the game’s trailer:

The earliest trans video game characters were villains — like Birdo, the egg-shooting mini-boss from the 1988 Nintendo game Super Mario Brothers 2, and Poison, the transgender baddie from the 1989 Capcom game Final Fight. But unless you knew these characters’ backstories, you couldn’t tell they were trans. Both characters have also since been “cis-washed” in modern iterations of both games.

In the last five years alone, trans characters in video games have become more nuanced and heroic, featuring complex storylines that affirm their intelligence and importance to their communities.

A TV station outed a trans woman & humiliated her on air

This inspiring trans woman is going to sail around the world non-stop, solo & unaided