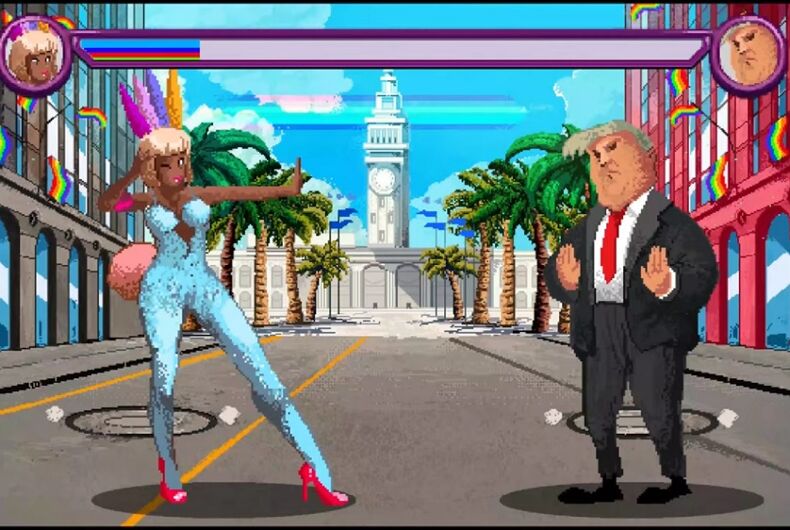 A new video game lets you help a Pride parade stay on rhythm and face opponents of equality in one-on-one dance-offs.

Pride Run, from Green Man Gaming, is a colorful, retro-style PC game where players can choose to march with Pride in 16 different cities.

Players tap to the beat of the game’s original disco soundtrack to keep the parade moving forward. Spectators will join the parade if the player does well and leave if they miss the beat.

At the end of the parade, you can face off against an enemy of pride in a dance-off. The enemies include Donald Trump, shirtless Vladimir Putin on a bear, and a sasquatch with sunglasses.

Related: This video game about seducing male demons is a steamy step forward for gay gamers

“At its heart, Pride Run is a celebration of Pride events around the world,” Jonny Merritt, Head of Developer Relations at Green Man Gaming Publishing, said in a press release.

“The game focuses on rhythm, taking the beat that defines many a march and making it a foundation of play.”

“As part of the launch of the game, Green Man Gaming is exploring ways of supporting LGBTQ+ rights charities who we feel are aligned with our inclusivity and diversity values.”

The game will feature both a normal and a hard mode and can be played as either single player or multi-player.

It will be released this fall on Steam.