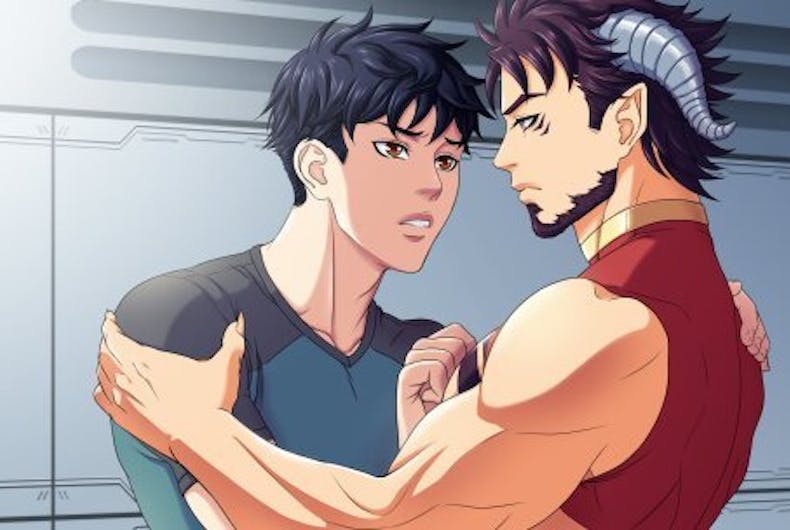 When Kenta Tanimoto began his temp job at Japan’s Inner-Dimensional Institute, he never expected that he’d become its test subject. The institute recently obtained four hunky incubi (male sexual demons) from another dimension, but these evil creatures can only speak by “bonding” with someone else…. and Kenta is that someone.

This is the plot of To Trust an Incubus, a recently released gay sci-fi yaoi/bara dating sim that’s basically a Choose Your Own Adventure video game.

For three months, Kenta will live in quarantine to try and bond with one or more incubi. But while each one is muscular with a bedeviling set of horns, they’re also passionate and potentially lethal — Kenta could potentially fall in love or end up dead.

To Trust an Incubus is merely the latest “dating simulation” video game designed to appeal to gay gamers. Other recent examples include Dream Daddy and Coming Out on Top in which players try and seduce a collection of hot dudes, each with their own temperament and personality.

If this all sounds super cheesy, that’s kind of the point. Yaoi is a Japanese genre depicting “boy-on-boy love.” The “boys” in yaoi are often male students or grown men in romantic situations. But bara takes it a step further by making the romance explicitly sexual. 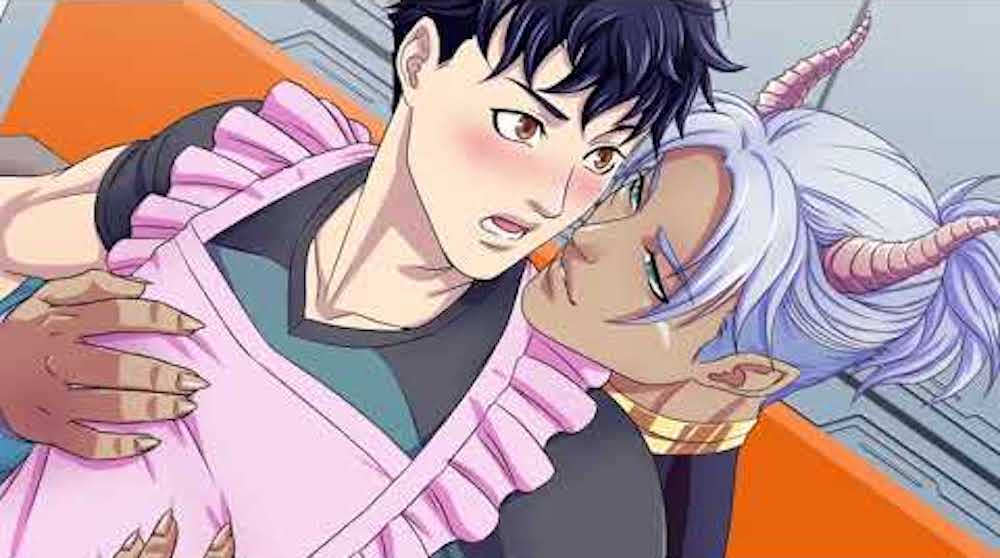 To be clear, To Trust an Incubus is an explicit game. There’s sexual language, non-consensual groping and non-graphic mentions of past torture. The game demurely covers up each character’s sexy bits with cutesy stickers (unless you download the uncensored patch), but the intercourse is otherwise on full display with graphic illustrations, moaning and narration.

The game’s overtly sexual nature will turn off some players who dislike hyper-sexualized gay characters. But the game’s mere existence shows how much video gaming has come to embrace gay audiences.

When so many video games feature straight male heroes saving damsels in distress, other are finally giving gay people a chance to explore dating and desire in new and fantastic ways.

Even players who dislike sexualized storylines can still explore queer identity through other recent titles like Newfound Courage, The Missing and Kitty Powers’ Matchmaker, paving the way for a new generation of action, puzzle and role-playing games with LGBTQ characters at their forefronts.

They thought she is transgender so they put her in the men’s prison. She isn’t.