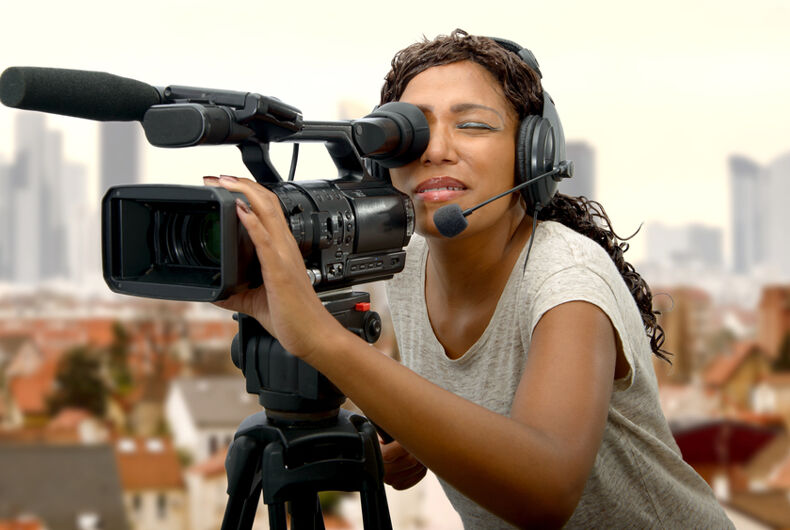 A transgender woman was outed without her consent and then mocked on Japanese television this week. The station that aired the program, the TV Yamaguchi Broadcasting Systems Company, will apologize to the woman directly.

The woman appeared on a local show called Shumatsu Chigumaya Kazoku (Weekend Yamaguchi family). In the program, the woman was interviewed by a celebrity-led crew as she changed the oil in her car while wearing work clothes, reports the Asahi Shimbun.

During the segment, one of the celebs asked, “Are you a woman?” and “Are you often told that you are unusual?” A voice-over then stated, “In fact, this person has a secret.”

After the show’s commercial break, one celebrity interviewed the woman’s family member while she was away. The interviewer said, “Is she woman really a man? I’m so surprised.” A caption on the woman’s photo read, “Unusual! A man who looks like a woman.”

The woman, who is transgender, has since demanded an apology, stating, “They went out their way to say that I am a man without confirming it with me. I felt hopeless for a while thinking about what would happen if my colleagues and clients saw the program when it was aired.”

The content requires extreme caution before broadcasting, and we have taken the things that the person has pointed out seriously. (The crew) thought the person was a woman when they interviewed her and have regretted not confirming with her if she would be OK with the segment being aired. The captioning was not appropriate, either.

Trans rights in Japan aren’t great … and they’re not great in the U.S. either

Since 2003, Japan has given trans citizens the right to change their legal gender, but they must first undergo surgery, sterilization, and have no children under 20. If sterilization sounds extreme, 10 U.S. states including Tennessee and Georgia require trans people to be sterilized before changing the gender on their state-issued identity documents.

Japan offers no explicit nationwide non-discrimination protections for LGBTQ people — and neither does the U.S. — making it all the more understandable why trans people might fear being publicly outed on TV.

Editor’s note: A previous version of this article incorrectly stated that California is one of the states that requires proof of surgery to update the gender marker on one’s documents. We apologize for the error.