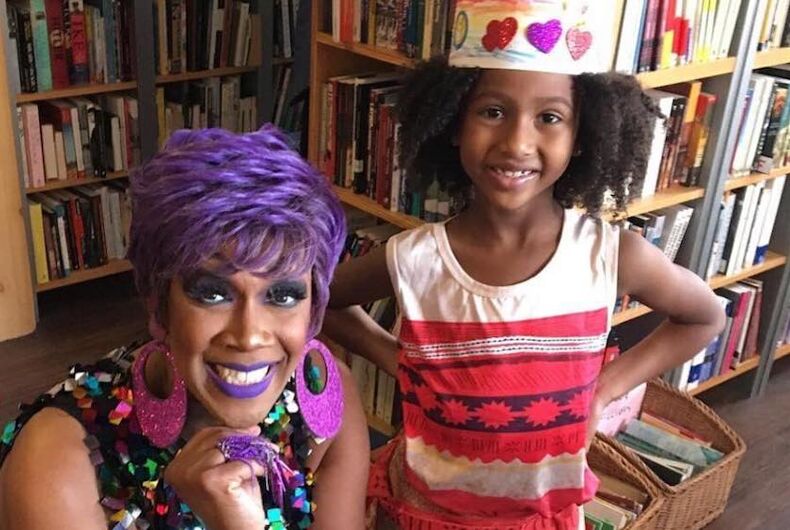 The Swedish Inheritance Fund, which is a fund of money from people who die without leaving a will or family to inherit their wealth, approved a grant of 1.7 million Swedish Krona (around $175,000) to the MUMS Cultural Association in order to organize shows with the group “Among Dragons and Drag Queens” in Stockholm.

Related: Is this hate group asking for a violent end to Drag Queen Story Hour?

“The project, together with children, young people, and adults with disabilities, will develop current creative fairy tales into feature shows,” the fund’s website says, announcing the grant.

“Together with the target group and several organizations, the established business Among Dragons and Drag Queens will create new fairy tales that reflect the target group. In addition to authoring new stories, the project will develop an accessible story hour model based on the needs and wishes of the target group in order for the experience to be as good and accessible as possible.”

The money will also fund drag workshops and help kids put together their own drag show.

U.S. conservatives are already apoplectic over the grant. Brietbart News published a story on the grant and said that there is a “potential for sex offenders to take part in the activities” to associate the event with pedophilia.

The website Big League Politics said that the workshops will be “exposing children to transgenderism” and that the shows have generally “run into fierce opposition for their immorality upon becoming widely known.”