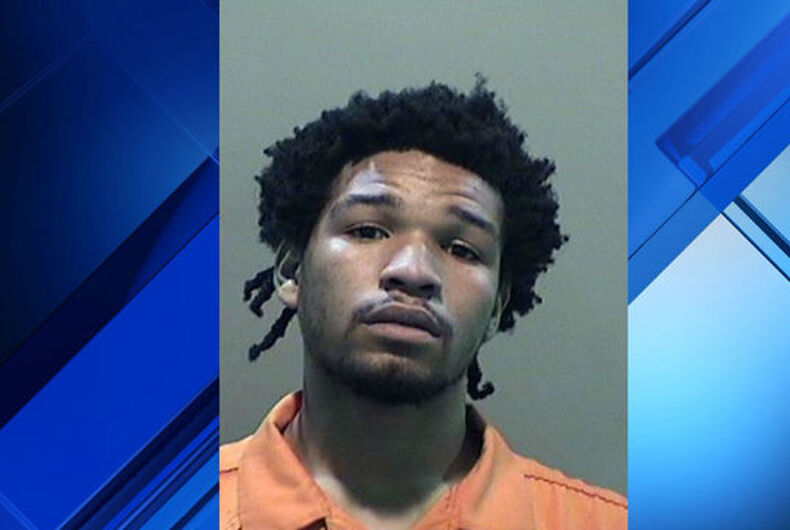 On May 25, three LGBTQ+ people – Alunte Davis, Timothy Blancher, and Paris Cameron – were gunned down in Detroit, Michigan. Now Wayne County, Michigan prosecutors believe they have the requisite evidence to continue to trial against their suspect.

Prosecutors presented their evidence in court this week against Devon Kareem Robinson. Despite differing beliefs about Robinson’s motive in this crime, they will be continuing on to trial.

Alunte Davis and Timothy Blancher were two Black gay men, and Paris Cameron a transgender woman of color, according to Out Magazine. They were at a house party with then-18 year old Robinson on May 25, when he left and returned an hour later and opened fire.

The shooting rocked the Michigan LGBTQ community, especially during the Memorial Day weekend just days before Pride Month. Cameron was reported as the seventh openly transgender person killed in the United States in 2019.

Robinson faces three charges of first-degree murder, two of ‘assault with intent to murder’, and five of ‘use of a firearm in connection with a felony’, according to WDIV – ClickOnDetroit.

Alunte Davis and Timothy Blancher, two gay men, were shot dead in Detroit. Paris Cameron, a transgender woman, was taken to the hospital, where she died from her injuries. https://t.co/iIKybKgbF5 pic.twitter.com/vUsPhiJgJ8

Prosecutors contended in court on November 6 that Robinson, who is now 19 years old, targeted the victims due to their identities. A survivor and witness, however, question if there was a more personal reason for Robinson’s alleged heinous act.

Witness Clifton Keys remembered hearing about 20 gunshots in his testimony, and identified Robinson as the assailant based on his brown eyes. He testified that victims’ blood began bleeding through the walls of the home, and he remembered trying to save Cameron’s life before he succumbed to his injuries. “I tried my best to stop Paris’ bleeding as best I could,” Keys stated.

Keys testified that Cameron had met Robinson at a gas station near the house earlier that day and had expressed an attraction toward him. Robinson came to the party and appeared to enjoy himself throughout, but Keys testified that he suddenly saw a “blank” expression from Robinson before he left, and he allegedly returned in new clothing and a ski mask.

Today we remember Paris Cameron, a transgender woman who was murdered along with two of her friends who identified as gay men. Cameron is missed by friends, family, and her community. We remember you Paris. #wewontbeerased #blacklivesmatter  #transdayofremembrance #wegotyourbaacc pic.twitter.com/OaV0EP75AP

Blancher’s friend, Armon Matthews, was with him after he was wounded. He testified he was following the directions of a 911 dispatcher in efforts to stop Blancher’s bleeding when a responding police officer pointed a gun at him and made him stop, which may have contributed to Blancher’s life ending that night.

This Monday, Judge Michael Wagner deemed the case to be sufficient to move forward to trial. He cited additional testimony from witnesses that claimed that Robinson engaged in sexual activity with others at the party, and that he was enraged by people calling him gay because of that.

A police officer also produced a surveillance video that is from near the scene of the crime that allegedly shows Robinson near the party before the shooting, although he could not be positively identified.

While the evidence that the Wayne County Prosecutor’s Office is putting forward is considered circumstantial, they will have the assistance of the Fair Michigan Justice Project, a joint venture with the Fair Michigan Foundation. Ex-homicide prosecutor Jaimie Powell Horowitz will be representing the group. “The foundation helps state law enforcement agencies and prosecutors solve crimes against people who identify as lesbian, gay, bisexual and transgender,” The Detroit News reports.

Wayne County District Attorney Kym Worthy stated at the time of Robinson’s arrest that “We must remain ever vigilant in our fight to eradicate hate in Wayne County and beyond.” Worthy’s office has a history of failing to find justice for the LGBTQ+ community, as was the case this July when Worthy claimed laws would not allow her prosecutors to sustain a hate crime statute against Demetrius Nelson, who targeted multiple gay men to rob via Grindr and shot two of them, killing one.

So far, it appears the defense’s strategy is to expose holes in the prosecutor’s case, including the theorized motives in the case. “You have a fanciful theory put forth by the (prosecutor)…there is simply not a sufficient quantum of evidence of identification to bind him over on anything,” remarked defense attorney Evan Callanan, Jr.