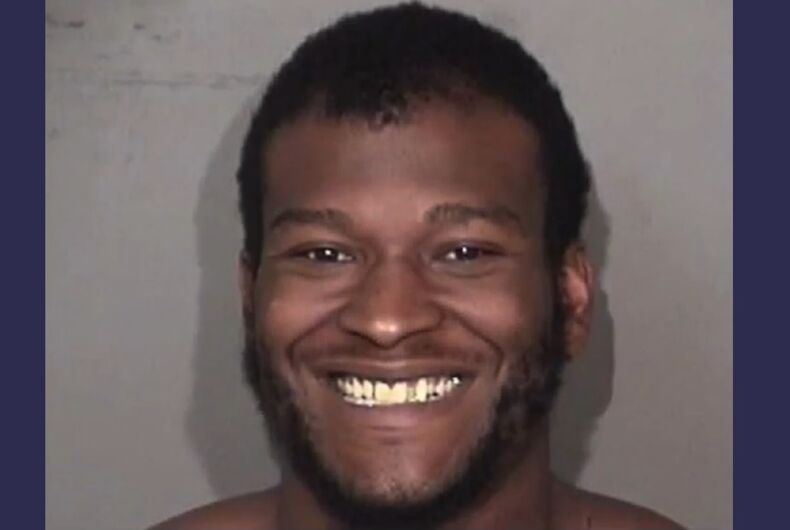 A Michigan man is being prosecuted for the murder of a gay man and the shooting another in what prosecutors say was an anti-gay attack.

Demetris Nelson has been charged with first degree murder, felony murder, attempted murder, and assault with intent to rob in the murder of a gay man in Detroit last week.

Prosecutors believe that Nelson, 26, met up with Brian Anderson, 31, and Malcolm Drake, 26, on July 6 at 4 a.m. after they connected through Grindr.

Nelson allegedly got into the back of their car, pulled out a gun, and told them he was robbing them.

He shot both of them, killing Anderson. Drake was shot in the head but survived.

Related: He sent pictures of corpses to people on Grindr. Now he’s charged with murder.

“To some, this will be just another hateful and violent act in America. They will read about this case and continue to go about their day. To me, that is quite tragic,” said Wayne County Prosecutor Kym Worthy in a statement.

Even though prosecutors told the court that they believe Nelson “targeted Anderson and Drake because they were gay,” he will not face hate crimes charges. Michigan’s hate crimes law only protects people targeted for their race, color, religion, gender, or national origin.

Prosecutors believe that he did the same thing just hours before, robbing and shooting another man he found on Grindr. He is being prosecuted for that separately.

Moreover, an unnamed source told WXYZ that Nelson confessed to trying to rob “dozens” of people that he met through Grindr.

“We are saddened and outraged by this despicable crime,” said Alanna Maguire of the Fair Michigan Foundation in a statement. “This case is just the most recent example of how members of Detroit’s LGBTQ community are too often targets of violence.”

“Brian was full of life, so we’re just going to celebrate his life,” said Pastor Maurice Jackson of the murder victim.

Nelson is being held without bail. If convicted, he faces life in prison.

These gay penguins don’t have an egg to raise. So, they’re doing something different.