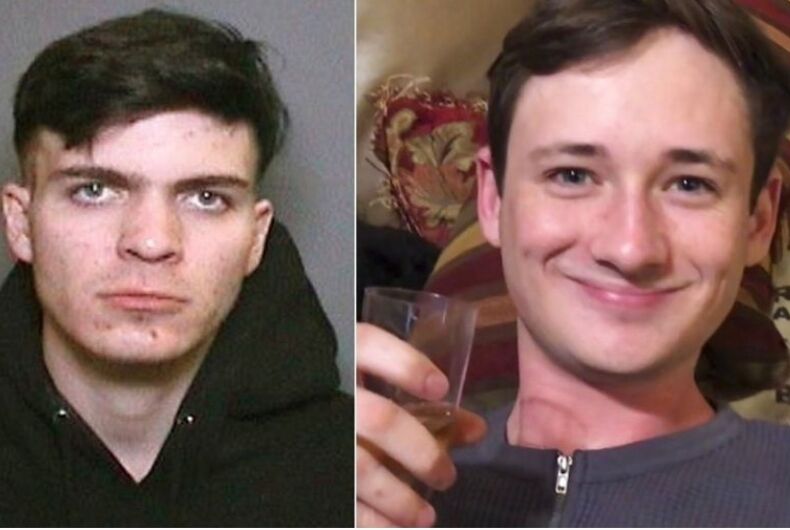 A California man accused of killing a gay student in a hate crime targeted gay men for gruesome “pranks,” investigators said at a preliminary hearing on Tuesday.

Blaze Bernstein, a gay University of Pennsylvania student, was stabbed 20 times last January. Sam Woodward, a former high school classmate, has been charged with murder and with a hate crime enhancement.

At the hearing, investigators presented evidence that Woodward was motivated by hate. They said they found over 100 pieces of content on his phone related to the neo-Nazi group Atomwaffen, as well as pictures with Nazi references.

Woodward was particularly bothered by gay men. He sent himself emails, bragging about “pranking” people on Grindr by sending them pictures of gay men being killed.

One person replied and said that he was going to call the FBI.

“They think they are going to get hate crimed,” Woodward wrote, according to investigators.

Related: College student’s alleged killer tells police he stabbed him after the victim kissed him

Police said that he bragged about how he would pose as “gay curious” on the app and then reveal that he was just pranking the people who chatted with them. He called them “faggots” and wrote, “That’s what they deserve.”

They also found a Snapchat image he sent of a bloody knife, two weeks before the murder. Next to it, he wrote, “Texting is boring, but murder isn’t.”

Woodward’s attorney Edward Munoz has said that his client could not have committed an anti-gay hate crime because he was dealing with the possibility that he is gay or bi himself.

“He has a lot of issues, I think, around sexual orientation,” the lawyer said. “There’s going to be some evidence that comes out [at trial] that shows he’s very confused.”

At the hearing, Munoz said that Woodward’s emails don’t show that he was motivated by hate because he only sent those emails to himself.

“I think in a hate crime instance you have to have an outward manifestation of your loathing to the world,” he said.

Related: Man accused of killing a gay student was ‘confused’ about his own sexuality

Woodward has pleaded not guilty in the crime. Investigators said at the hearing that Bernstein’s blood was found on the blade of a knife that police found in Woodward’s bedroom, under Woodward’s watch, and in his car.

Police also said that the two connected on Snapchat earlier in the evening that Bernstein was killed, and that Woodward drove them both to a park in the California town they grew up in.

When police talked to Woodward after the murder, he said that Bernstein tried to kiss him and that he was “disgusted.”

One investigator at the hearing testified that Woodward said he wanted to call Bernstein an anti-gay slur.