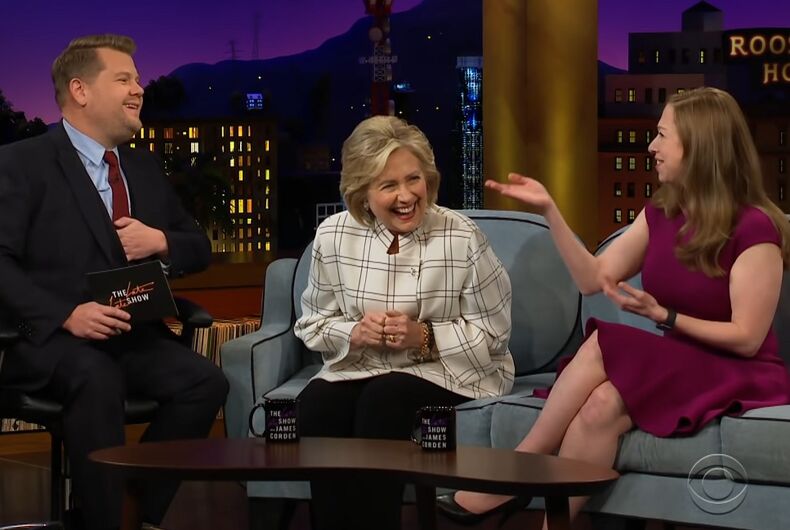 Host James Corden pointed out that Clinton is the only Democrat who has debated Trump, and he asked her if she had any advice for the current set of Democrats seeking to challenge him.

“Just be really prepared,” she said. “As hard as it is with him to try to talk about facts and truth compared to what he says, be prepared anyway to try to make your case.”

Then Corden pulled out the iconic image of Trump lurking behind Clinton at the 2016 presidential debates and asked her what someone should do about that.

“That was all part of his alpha male impersonation,” she said to audience laughter. He “was trying to loom over me and lurk and leer and all of that stuff.”

But then she got serious: “His capacity to try to dominate the scene is something that whoever is up against him has to try to deal with.”

She said that she considered just turning around and saying, “Back up, you creep.”

When Corden spoke for a lot of Clinton supporters and said that he “so wish you had,” Clinton countered that she “could just hear people say, ‘See, she can’t handle it.'”

Corden asked her if she had any regrets about those debates, anything she wishes now that she would have done. Clinton said she didn’t, that the election in general was “bizarre” but that the debates were fairly normal and went well for her.