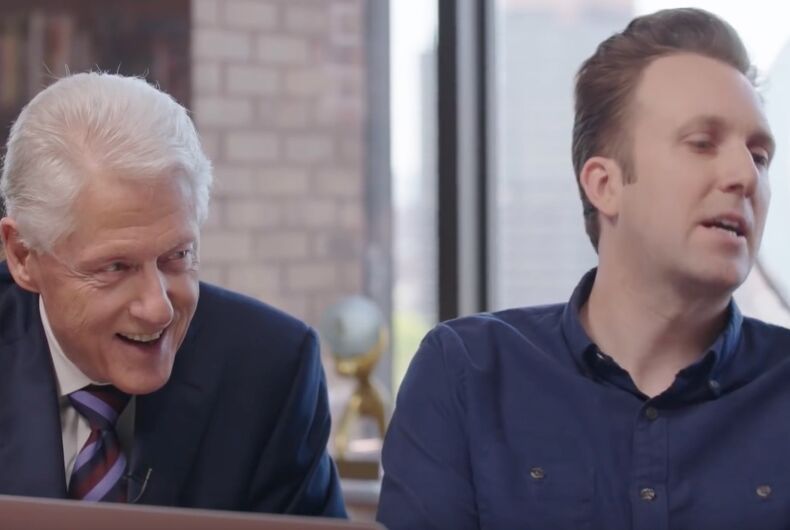 Jordan Klepper’s new Comedy Central show is almost ready to debut and he’s bringing in some heavy hitters to launch the show.

In a new video for the show, Klepper is joined by Bill and Hillary Clinton to help him decide where to donate $1000 for charity. After working their way through multiple options, the three land on someone who is raising money to pay Hillary Clinton to read the Mueller report as an audiobook.

“Gosh, I would definitely contribute to that. It would take a long time to record that,” Clinton quips. “It would take lots and lots of lozenges.”

As Clinton gamely charges into the material, Klepper hilariously keeps urging her to “feel it” and “imagine like you have a history with this.” And when she gets to what is arguably the most famous line in the report, she doesn’t disappoint.