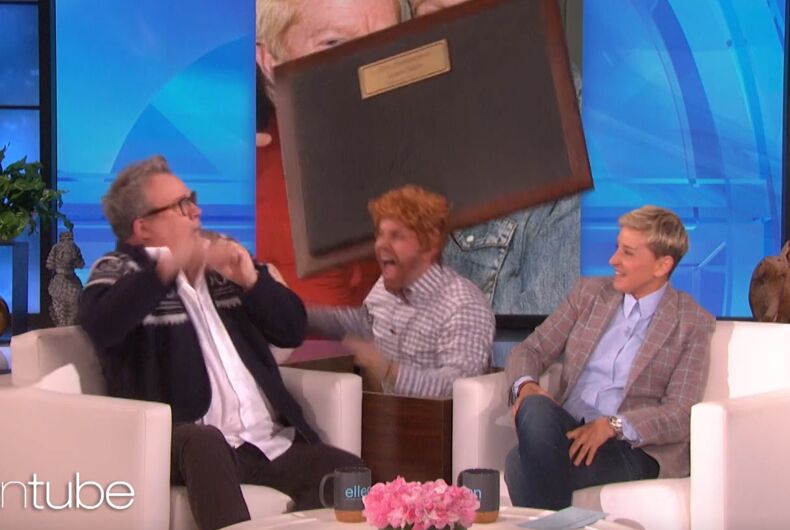 Eric Stonestreet was scared by someone who looked like his TV husband on Ellen’s show today.

On Ellen’s show, she brought up how he’s been on the show many times before and that she has scared him quite a few times.

So many times, in fact, that she had her infamous “scare table” built just for him – a coffee table that’s actually a box where someone can hide and pop out to scare her guests.

Ellen said that she would name it after him and opened the box to show him that no one was in there.

She then asked him about the pranks he plays on Ferguson, his TV husband. And while he was talking, a producer who dressed up like Furgeson jumped out of the box.

Stonestreet looked in the box and saw that she had a tunnel installed under it, just to scare him.

Modern Family has been on the air since 2009 and is currently in its eleventh and final season.