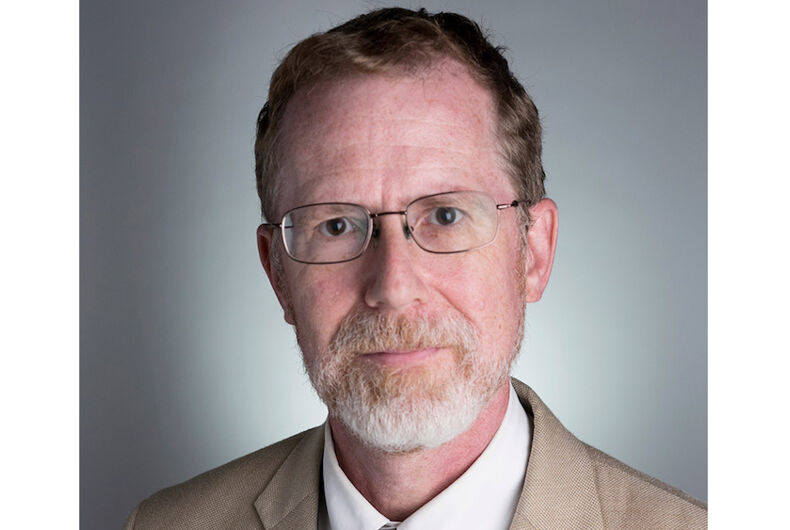 Eric Rasmusen, a professor of business economics and public policy at Indiana University’s (IU) Kelley School of Business, thinks that women are probably “destroying academia,” black students are “generally inferior academically” to white students, and gay men “cannot avoid abusing students” and shouldn’t be allowed to teach in any school or lead any organization that works with young people.

Despite him sharing these views on Twitter over the last few years, IU refuses to fire him because, according to IU’s Vice President and Provost Lauren Robel, doing so would violate his constitutionally protected freedom of speech. Rasmusen has since defended his tweets in a personal letter he posted today.

Related: A professor was told stop denigrating a student. Now he’s suing because God told him to do it.

“The First Amendment is strong medicine and works both ways,” Robel told Newsweek. “All of us are free to condemn views that we find reprehensible and to do so as vehemently and publicly as Professor Rasmusen expresses his views.”

I just realized— Women's Studies and Home Ec are the same thing. They are both meant to teach a woman how to live her life. It's just that only one of them keeps its promise.

Though she publicly published a letter labeling his views as “vile,” she adds that because Rasmusen hasn’t yet let his views affect the way he grades or works with students, he hasn’t committed an action that could result in firing by the university.

However, Robel added that Rasmusen has had to submit to “double-blind” grading of students’ work which will hide their identities so he can’t be accused of bias. She also said the school would look into whether he ever exhibited bias in past grading or advising.

Furthermore, IU’s Kelley School of Business has added extra sections of every class he teaches so that gay, black, and female students won’t have to study under him.

In a public response posted to his personal website, Rasmusen calls himself “proudly conservative,” blames the “Woke crowd” for publicizing his tweets and says the “left wing” university is encouraging bias by allowing students not to take his classes.

“In the past I’ve had Christian and conservative students shyly approach me to say how happy they were to finally find a professor who was open in his beliefs,” he wrote. “I hope to encourage them as much as I can.”

In a separate letter, Rasmusen admitted, “I am on record as saying that homosexuals should not teach grade and high school. I don’t think they should be Catholic priests or Boy Scout leaders either.”