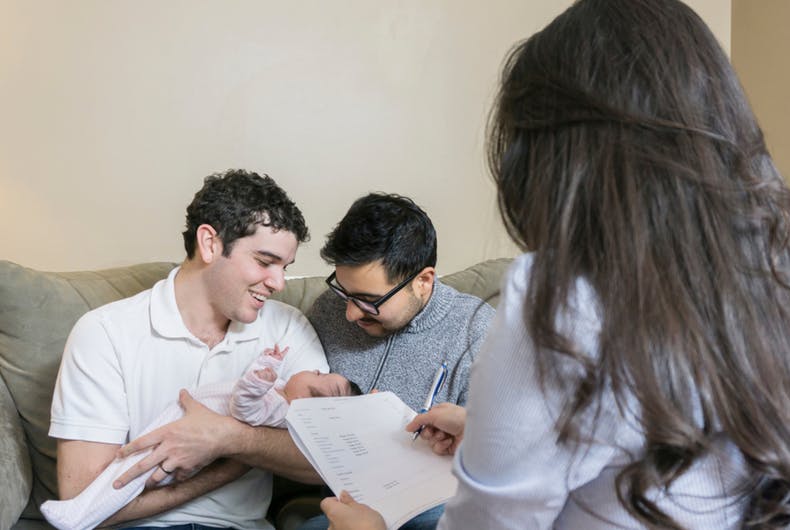 There is a fight brewing in the child adoption and foster care space. A few members of faith-based organizations are claiming they should be given the [special] right to turn away prospective parents from adopting children if they don’t agree with their beliefs or viewpoints completely.

In response to this minority, President Trump directed the Department of Health and Human Services to roll back a regulation that ensured federal dollars weren’t being given to organizations working to help children find a family if they were turning away parents. In many instances, those parents were being denied services on religious grounds.

If you are wondering, President Trump took his cues on this issue from U.S. Rep. Mike Kelly (R-PA), who earlier sponsored legislation to accomplish the same goal.

Who are they trying to turn away? It could be anyone, but in this particular case, the targets are those within the LGBTQ community.

So, on the one hand, we have adults who are running adoption organizations, while on the other, adults who want to adopt. Both groups can go to the polls on Election Day. They have that right.  But aren’t we forgetting the most important group of people in all of this? Aren’t we forgetting about the most vulnerable group?

With the policy change by President Trump’s administration and the proposed legislation by Rep. Kelly claiming to be for everyone and creatively called the “Inclusion Act,” we are opening up a door that could cause more harm to children.

Imagine a 13-year-old who enters our foster care system because they, for any of different traumatic reasons, are no longer able to be with their parents.

They need help; right now. They are most likely in crisis mode and find themselves already dealing with way more than they should be at that age.

Why should that child be denied a willing and loving family because of the beliefs of a few at some faith-based organization? And where will this “screening” of who is palatable stop? Mixed marriages of race or religion? That is the slippery slope that Rep. Kelly and President Trump are sending us down.

So to all the adults trying to force their beliefs on the kids in this, I have very simple words: This isn’t about you.

We, all of us, must be working to ensure that every child who needs a good family and a safe home, gets one.

Daniel Smith is an announced-candidate for the 16th Congressional District seat currently held by Mike Kelly. Smith is an out gay man.