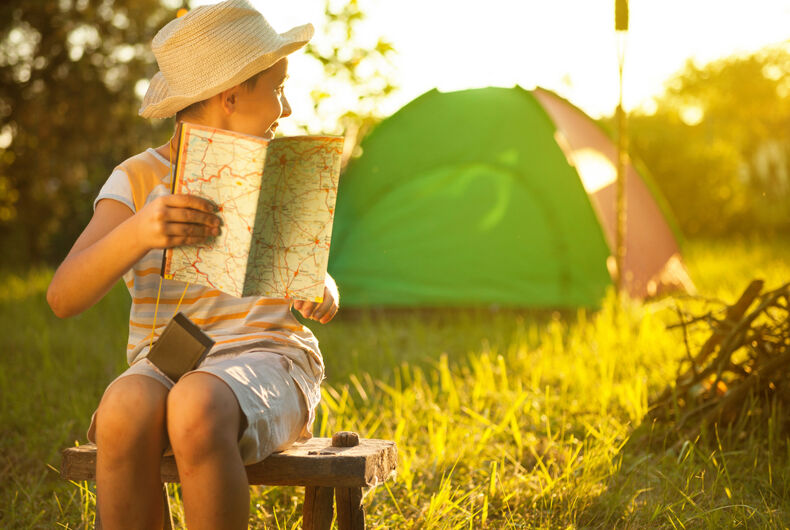 A summer camp in Arizona rejected a 9-year-old child because they say they cannot accommodate transgender children.

Amber Checky says that her foster son is transgender and is accepted as a boy at school. The boy was excited to be going to Tonto Creek Camp this month after he got a scholarship for $400 with help from the Arizona Friends of Foster Care.

“My child was looking forward to doing archery and kayaking and hanging out with other kids,” Checky told ABC 15.

She said that the only things she asked the camp to provide her son was that he be housed with other boys and have access to a bathroom with some privacy, like a stall with a curtain.

Related: A student wasn’t allowed in a leadership program because he’s transgender

But then she got an email from the camp’s CEO Tom Fraker saying that the boy couldn’t go.

The email said that a staff member who “has a degree in this” would not be coming, so they couldn’t let the boy attend. They offered to house him in a tent by himself, but Checky wasn’t comfortable with that proposal.

“How do you tell a nine-year-old who’s accepted in every other aspect of their life – in their house and in their school – that they can’t go to camp?” she said.

She said that the camp advertised itself as having a focus on anti-bullying, which is one of the reasons she wanted her son to go there. 45 minutes after ABC 15 asked the camp for comment, they emailed Checky looking for a way to resolve the matter. But she said that there’s no chance that her son would be going to the camp anymore.

“To me the motivation seems like they just want to stay out of the light, out of the press,” she said. “We just don’t feel safe leaving him there now.”

“This year we believed we were ready to accommodate transgender campers,” Fraker said in a prepared statement.

“We recently learned as we planned for our camps that in order to fully accommodate transgender youth, we would need additional staff training for all our camp counselors. The accommodations were what was requested. Therefore we felt that at this time, we would not be capable of accommodating transgender campers to the best of our ability for both the specific camper and the other campers in attendance.”

“We will have this training for all staff by next summer camp season.”