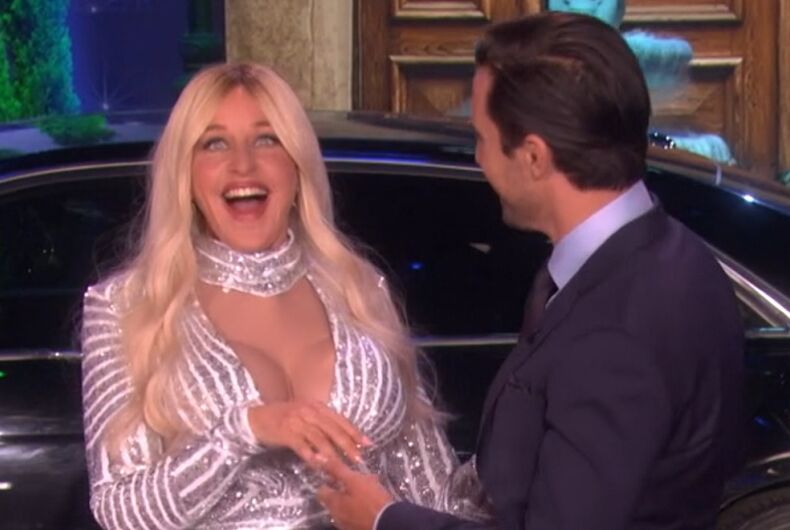 Ellen dressed up as a straight person for Halloween. Scary!Photo: Screenshot/Ellentube

Ellen loves Halloween so much that she dressed up as something very scary: a contestant on The Bachelor.

She appeared on stage as “Kelllly D” – four L’s, and the D isn’t her initial – a dental assistant from New Jersey, and she promised to “scare the pants off” the bachelor.

When she met the bachelor, she felt him up and flirted absurdly with him, before offering him a used pressure cooker.

Related: Ellen & Sean Hayes have a ‘Battle of the Gays’

Things didn’t turn out as Kelllly D wanted, and her monologue while crying in the car is priceless.