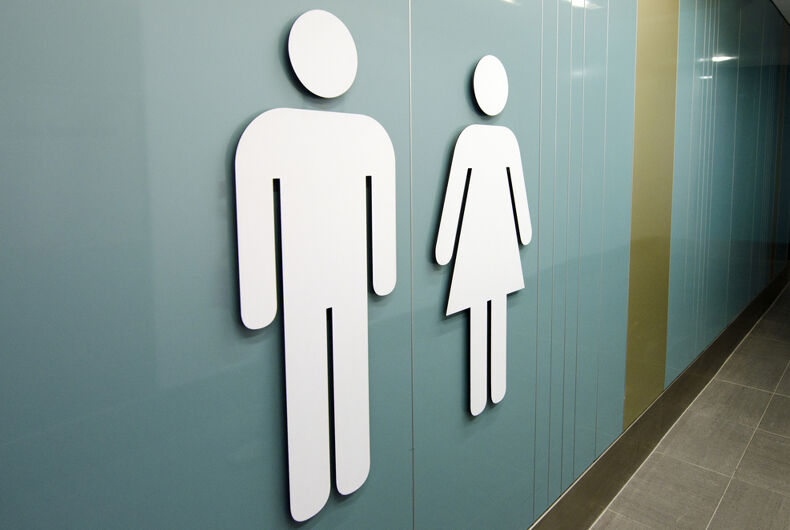 In 2018, the Pickens County School District implemented a policy to allow transgender students to use the restroom associated with their gender identity.

Related: That administrator who demanded a trans student pee in front of him? He’s back on the job.

But on Wednesday the county board of education released a statement saying that the policy was being reversed because of “serious safety concerns” including “death threats, student harassment, and vandalism of school property.”

“The District understands and acknowledges that it has the responsibility to protect its staff and students,” the statement said. “However, the District has concerns that it may not be able to meet these recently increased demands.”

Pickens County Superintendent Carlton Wilson told WSB-TV that the name-calling and harassment was “embarrassing and disappointing,” but he even got a thinly veiled threat.

“One of them said, ‘You know, situations like this brings out crazy people from both sides and sometimes people die,'” Wilson said, adding that it was said to him in-person.

He also said that one student at the school has been charged with disorderly conduct after making threats on social media.

Wilson explained that the vandalism referenced in the statement was graffiti and other destruction of the girls’ bathroom.

This past Monday night, the school board held a meeting at which the bathroom policy was discussed. Fifty parents and students came to support or oppose the policy.

“You should be able to use any restroom that you want to use,” parent Kayla Hollyfield said. “This is not about left or right. It’s about equal rights. It’s not an agenda.”

“I would never in my life use a restroom in which a female is in,” said parent Nathan Barfield, who was advocating forcing trans girls to use the same restroom as cis boys. “No person’s rights are more important than anyone else. My son has a huge heart and he doesn’t want to say anything for fear that he is going to be labeled a bully.”

The school board voted to reverse the policy. Now transgender students will be required to use the single-stall teachers’ restrooms.

Former Pickens County High School student Kino Stanfield, who is transgender, said that the old policy made him late to class because there are so few teachers’ restrooms at the school. He also said that teachers often “didn’t understand” why he was in their restroom.