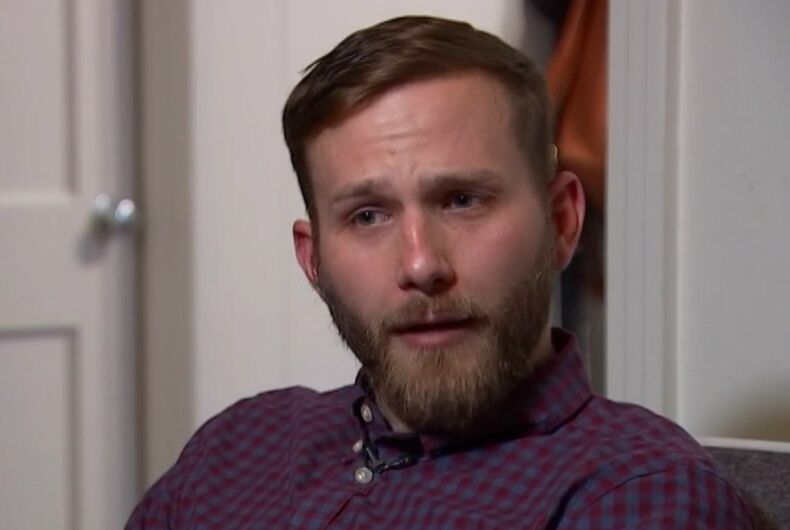 A public high school teacher in Texas says that he was fired this week for coming out to students.

Dr. Josh Hamilton, 32, teaches at Grapevine High School in the Dallas-Fort Worth area and he coaches the school’s speech team. Now he says he is living through “the worst experience of my life.”

Related: Was a teacher fired for coming out as bisexual on Instagram to help LGBT students?

Last month, Hamilton came out to some students in a text message. Some of the speech team members seemed distracted to him, so he sent them a message to motivate them.

“Guys, I get it. We all have something going on,” he wrote, going on to tell them about how he overcame depression and came out as “a happy functioning gay man.”

Someone who saw the text message alerted administrators and the next day he was questioned by the district’s human resources department.

Hamilton said that he let them review the messages on his phone because he had “nothing to hide.” He was put on administrative leave and accused of violating the district’s electronic communication policy.

On Monday, the Board of Trustees voted 7-0 to fire him for “developing inappropriate relationships with students, providing inappropriate information to the students concerning his personal life.”

One of the accusations against him was that he mentioned that he was going on a date to a student that he hired to babysit his child, but he said that was just information on where he was going to be.

But Hamilton suspects that the parents of one of the kids reported him.

His case is similar to a public school art teacher in Texas who was placed on leave when she mentioned her partner to students. A parent complained that they were “afraid the girls love the teacher so much that someday they will want to” be gay as well.

Historically, children and schools have been the focus of anti-LGBTQ campaigns, from Anita Bryant’s Save Our Children campaign in the 1970s which was ostensibly about a general ban on anti-gay discrimination but the campaign’s message focused on teachers, to the campaign for Proposition 8 in California that sought to ban marriage equality but focused on kids learning about gay people at school.

Even without writing explicit rules banning teachers from coming out, schools can enforce rules about sharing personal information more stringently for queer teachers – other teachers at Hamilton’s school likely mention their heterosexual spouses and significant others without getting fired.

The Grapevine-Colleyville Independent School District says that Hamilton was fired for “good cause” and that his sexual orientation was not taken into account in their decision.