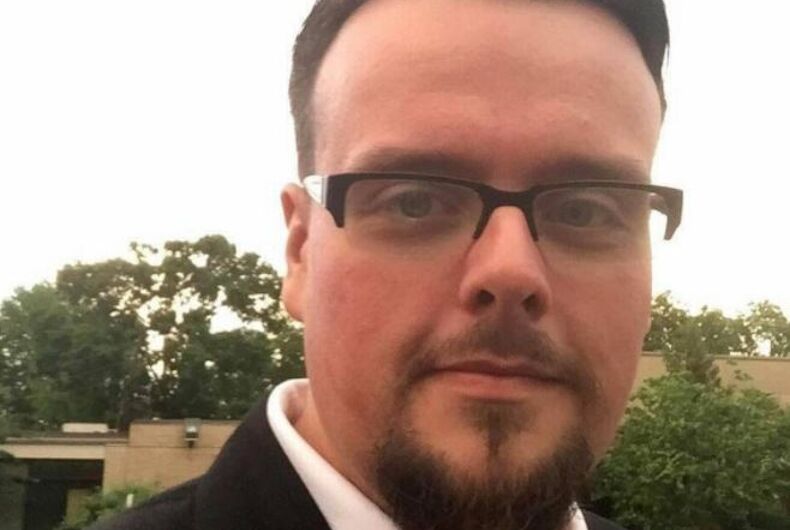 After years of living in the closet, a teacher in Kentucky came out as bisexual in an Instagram post and it might have cost him his job.

Nicholas Breiner taught chorus at JB McNabb Middle School beginning in fall 2014, and said after the post he was called into a meeting with with the principal of the school, Paula Stafford, and Montgomery County Deputy Superintendent Rick Culross. His sexual orientation was discussed, Breiner said, and he was told, “We live in a small town.”

Following the meeting, his teaching contract was not renewed. He said he was not given a reason for the decision, and noted that this is allowed in Kentucky, provided the teacher has not reached tenure, which Breiner had not.

School officials denied the decision was based on Breiner’s sexual orientation but refused to give more information, citing “confidentiality.”

Not everyone is buying that excuse, and some of the teacher’s supporters staged a protest outside the county courthouse on his behalf.

“We all really feel that it comes down to his sexuality, and that’s a load of crap,” parent Megan Johnson said. “He’s a great educator. There were several parents who showed up with their kids. Several past students.”

Breiner explained that the decision to come out was not an easy one, but that he felt he had no other choice.

“Over the past several months, I have personally intervened on several suicide cases,” Breiner told the Herald-Leader. “Thankfully, these students are still breathing, but the vast majority of the attempts were from LGBTQ students.”

“For years, it was my opinion that my sexual orientation was my business and nobody else’s,” he added. “But when your children are in danger, you must re-evaluate. When a child is ready to take their own life because they love differently than those around them, you must prioritize their safety over your own privacy.”

“I felt that they needed to know there was someone in the room that understood and supported them, regardless of who they were.”