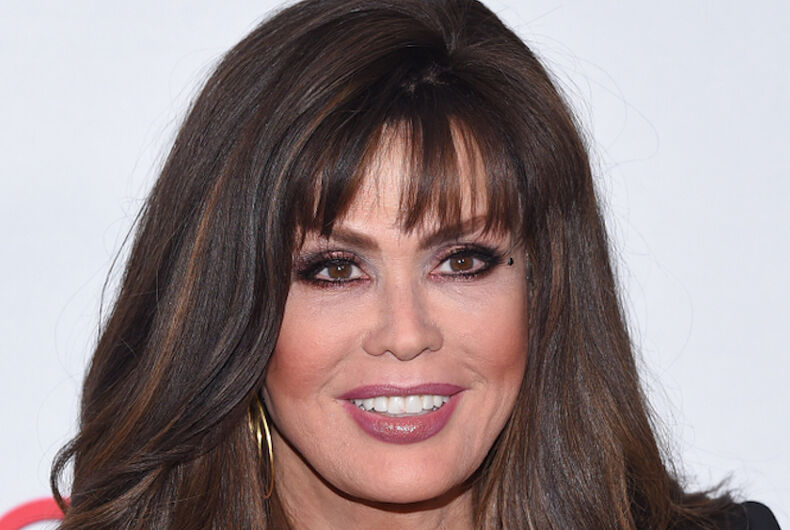 Singer and actress Marie Osmond told the co-hosts of CBS’s all-female daytime talkshow The Talk that she once thought she might be gay when she was eight or nine years old.

Osmond’s comments were in response to 26-year-old singer Miley Cyrus’s recent statement that she thought she “had to be gay” because men are “evil.”

The 60-year-old entertainer, who is Mormon, said, “When I was about 8 or 9 I actually thought I was gay. And the reason is because I had been sexually abused to the point that men made me sick. I didn’t trust them. I didn’t like them.”

At first glance it looks like Osmond’s comments might parrot the conservative claim that LGBTQ identity is merely the result of sexual trauma. But her comments merely show that children have sexual identities, ones that require serious thought and attention, especially in the light of abuse.

Though Osmond didn’t name her abuser, she said being raised by her loving father and singing in The Osmonds band alongside her brothers helped ease her fear of men.

“I was looking at women, and I thought, why am I looking at women? I must be gay,” she said. “And then, I realized because I’m a thinker, ‘Why did God give me these great brothers and why did he give me this amazing father?'”

“And truly they changed my opinion of men, which made me feel that it was something I was going through.”

Cyrus later clarified her own comments, stating, “I was talking shit about sucky guys, but let me be clear, YOU don’t CHOOSE your sexuality. You are born as you are. It has always been my priority to protect the LGBTQ community I am a part of.”

In March of 2013, Osmond said she supports marriage equality for gay and lesbian couples.