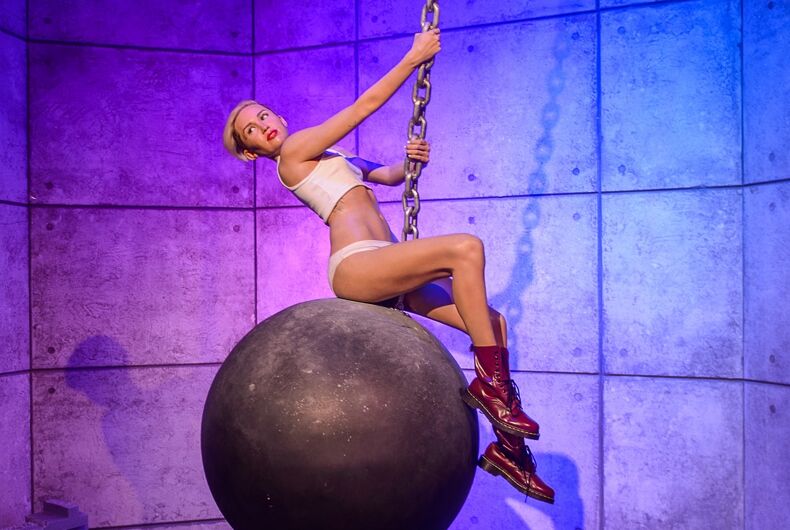 Miley Cyrus opened up about how she thought she “had to be gay” over the weekend.

The pop megastar participated in an Instagram Live on Sunday where she talked to fans about her relationships and her identity.

She has previously said that she is pansexual and has never publicly identified as lesbian, but apparently she was considering it.

“I always thought I had to be gay ’cause I just thought, like, all guys were evil, but it’s not true,” Cyrus, 26, said. “There are good people out there that just happen to have dicks. I’ve only ever met one… and he’s on this Live.”

She was referring to her new boyfriend and Australian singer Cody Simpson, 22, who responded: “You don’t have to be gay.”

Cyrus is separated from her husband Liam Hemsworth and has been dating other people since then. She was spotted kissing Kaitlynn Carter – the ex-daughter-in-law of Caitlyn Jenner – two months ago after she announced her separation from Hemsworth but now she’s in a relationship with Simpson.

She said that she knew Simpson for years but she didn’t want a relationship with him at first.

“I was being a little too hardcore for him and his vibes and not allowing anyone in but now I am,” she said.

Fans are now speculating about whether the couple has moved in together. During the Instagram Live, Simpson joked about their cars: “We got matching Teslas! Mine’s dirty, hers is clean.”

“Mine’s not clean. Mine’s dirty because mine is sitting in the driveway because yours is in the garage!” she responded.

Democrats are out-fundraising Republicans to take the Senate in 2020