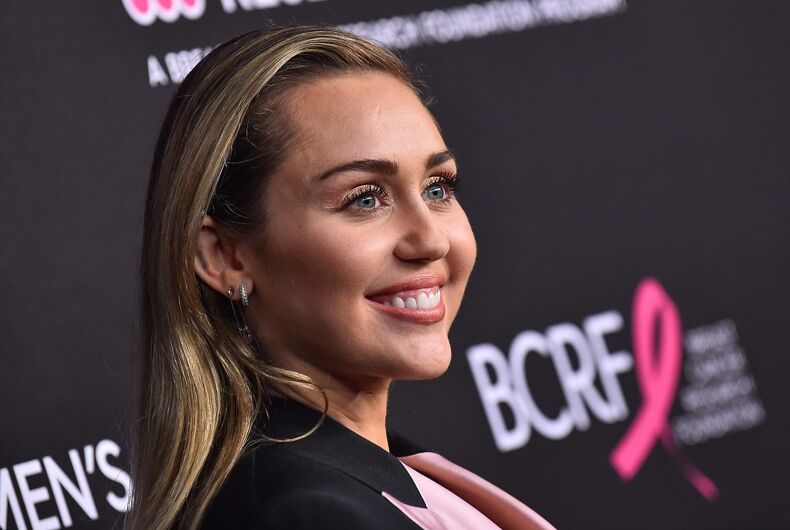 Miley Cyrus is responding to critics who were outraged by her comments about her sexuality over the weekend.

Cyrus made headlines after she said in an Instagram Live when she said: “I always thought I had to be gay ’cause I just thought, like, all guys were evil, but it’s not true.”

“There are good people out there that just happen to have dicks. I’ve only ever met one… and he’s on this Live,” she said, introducing her fans to her new boyfriend, Australian singer Cody Simpson.

Some people on social media called Cyrus out for what she was implying: women become lesbians because they hate men and they can stop being gay if they find the right man.

Miley, this is so not it. Women don’t “have to be gay” because they “can’t find a good person with a d*ck”.
Don’t use the queer community as a stop-gap because you couldn’t find a boyfriend.
People aren’t queer because they “gave up” on men.
This is so insulting. pic.twitter.com/lAzcEjHRcB

Miley Cyrus saying ‘you don’t have to be gay there’s good dick out there’ is so fucking problematic that I’m pissed off most of you out there can’t see that.

so miley cyrus is out here thinking that girls can only be gay bc they havent found a good man.. pic.twitter.com/4qrpuD36C6

Cyrus responded to the criticism.

“I was talking shit about sucky guys, but let me be clear, YOU don’t CHOOSE your sexuality,” she wrote. “You are born as you are. It has always been my priority to protect the LGBTQ community I am a part of.”

Cyrus came out as pansexual in 2015 and that year she helped found the Happy Hippie Foundation to help homeless and LGBTQ youth.