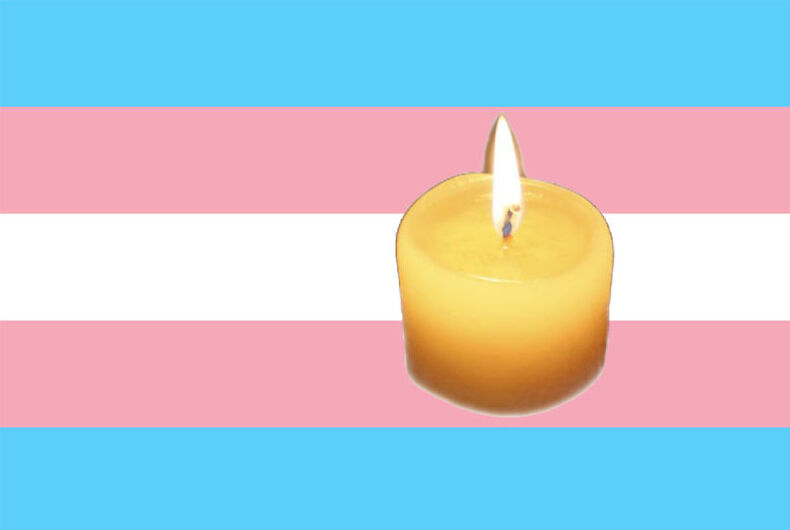 Itali Marlowe was in her Houston, Texas driveway on September 20 when multiple shots rang out.

When the police arrived, they found Marlowe suffering from several gunshot wounds and rushed her to the hospital.

She was pronounced dead, making her the 4th known transgender person to be murdered in the state of Texas this year, and the 19th in the United States, according to the Human Rights Campaign – although Marlowe has been named as the 20th or 21st in some reports.

This week, Houston police reported that they are seeking her roommate, Raymond Donald Williams, and are asking the public for information that will lead to his identification and arrest. They report that the Fort Bend County District Attorney’s Office has filed charges for Marlowe’s murder against Williams.

Anyone seeking more information, or looking to provide information to the Houston PD, can contact their Homicide Division at 713-308-3600, or Crime Stoppers at 713-222-TIPS.

Houston transgender rights advocate Monica Roberts, the editor of TransGriot, wrote “Rest in Power, Itali… We won’t rest until this perpetrator is caught, prosecuted, and incarcerated for your murder.”

The Human Rights Campaign stressed that the transgender people who have fallen victim to violence are more than just numbers: “They were people with hopes and plans, dreams for the future, loved ones and communities who will miss them every day.”

They said in a statement, “This epidemic of violence that disproportionately targets transgender people of color – particularly Black transgender women – must cease.”

Since 2013, more than 2/3 of the violence against trans people was committed with a gun.

In 1972, gay people spoke at the Democratic National Convention for the first time

A new study finds conversion therapy is really bad for trans people. Who could have guessed?