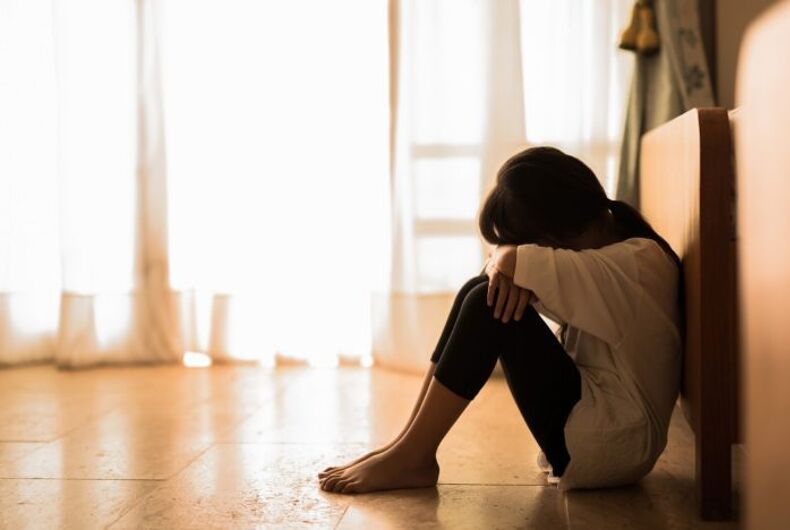 Suppose you had decades of studies showing that drop-kicking puppies was bad for their mental health and led to maladjusted dogs. Further studies on drop-kicking canids are banned because drop-kicking was found to be cruel and ineffective.

Would you have to spend decades drop kicking kittens to make the same conclusion about the mental health effects on cats, because the two are so dissimilar? Of course not, because the one can readily draw the conclusion that drop-kicking living beings is bad for them.

NARTH is effectively dead after an attempt at rebranding itself. Exodus International has shut down. Leaders of the ex-gay movement are coming out one after another and admitting they’re still gay and that shaming people into pretending to be straight is harmful.

However, until now almost all of the research on the harms of conversion therapy had concentrated on the effects of it on lesbians and gays. As a result, religiously motivated conservatives and anti-transgender “feminists” (many of whom are associated with the religious right) have been pushing the narrative that conversion therapy works when applied to transgender people, and particularly children.

Project Blitz, the evangelical playbook for their efforts in politics, even treat transgender people as a public health hazard that needs to be discouraged or cured (presumably with legal coercion or conversion therapy of some sort).

The medical community has long known that efforts to change someone’s gender identity were futile. The World Professional Association of Transgender Health (WPATH) states in its standards of care that, “Treatment aimed at trying to change a person’s gender identity and expression to become more congruent with sex assigned at birth has been attempted in the past without success, particularly in the long term. Such treatment is no longer considered ethical.”

A new study using the largest available dataset of transgender people in the United States came out in September 2019, and it found that conversion therapy on transgender people greatly increases the risk of suicide attempts over the course of their lives.

Turban’s analysis of the data also found that two-thirds of the transgender people reporting exposure to conversion received it from psychological professionals, and about a third received it from religious figures like priests or pastors. The increase in suicide attempts held true regardless of whether the therapy came from secular or religious sources.

This study directly contradicts two of the biggest talking points by those promoting conversion therapy.

They use the dubious claim that conversion therapy is appropriate for transgender youth because 80% of transgender children desist, and because you can’t tell which ones will desist and which ones won’t. Never mind that the originator of the desistance narrative later admitted that 70% of his patients were “sub-threshold” under the current DSM, meaning that he claimed to cure children who were not transgender in the first place.

Another proponent of desistance looked at his data again and found that actually, yes, you can make a good assessment of which children actually have gender dysphoria. This new study by Turban shows that the therapies espoused by people trying to change children aren’t harmless: they appear to result in life-long mental health problems.

Gender identity is an intrinsic trait with biological origins. You cannot change a person’s gender identity with conversion therapy. Such efforts are not just futile, they are immensely damaging.

In short, this should in a rational world close the door permanently on trying to change a person’s gender identity. Anyone who persists in these efforts to promote conversion therapy on transgender youth is not promoting the best interests of the individual, but is instead pushing an agenda that rejects scientific consensus at the expense of a disfavored minority.

Itali Marlowe was shot to death last month. Her roommate is a suspect.